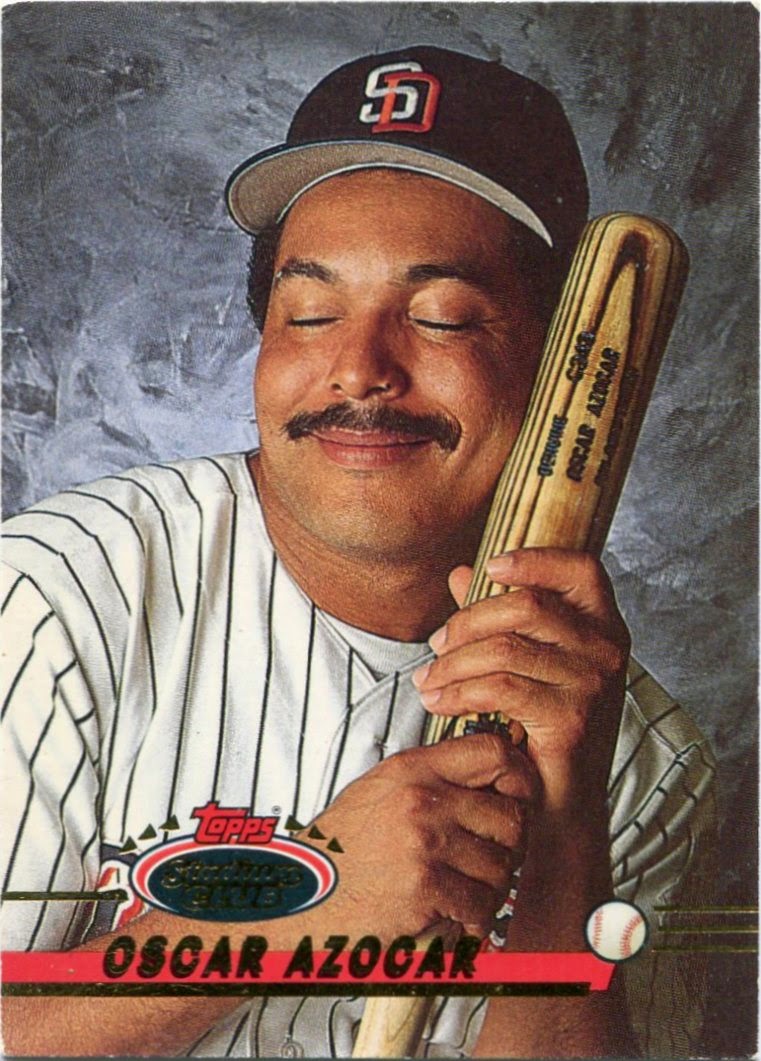 Oscar Azocar and his dreamy bat won this round going away, receiving 14 of the total 33 votes cast. The 33 tallies were also the most we've had since this whole frankenset business started, so a huge thanks goes out to everyone who voted this week.

For the first time, my tally went to a card that didn't make the top three. I've heard my dad wax poetic about the lemon-faced '76 Topps Rowland Office on quite a few occasions, so I've always had a bit of an attachment to it.

The votes of my dad and I accounted for two of the meager three votes Mr. Office received. 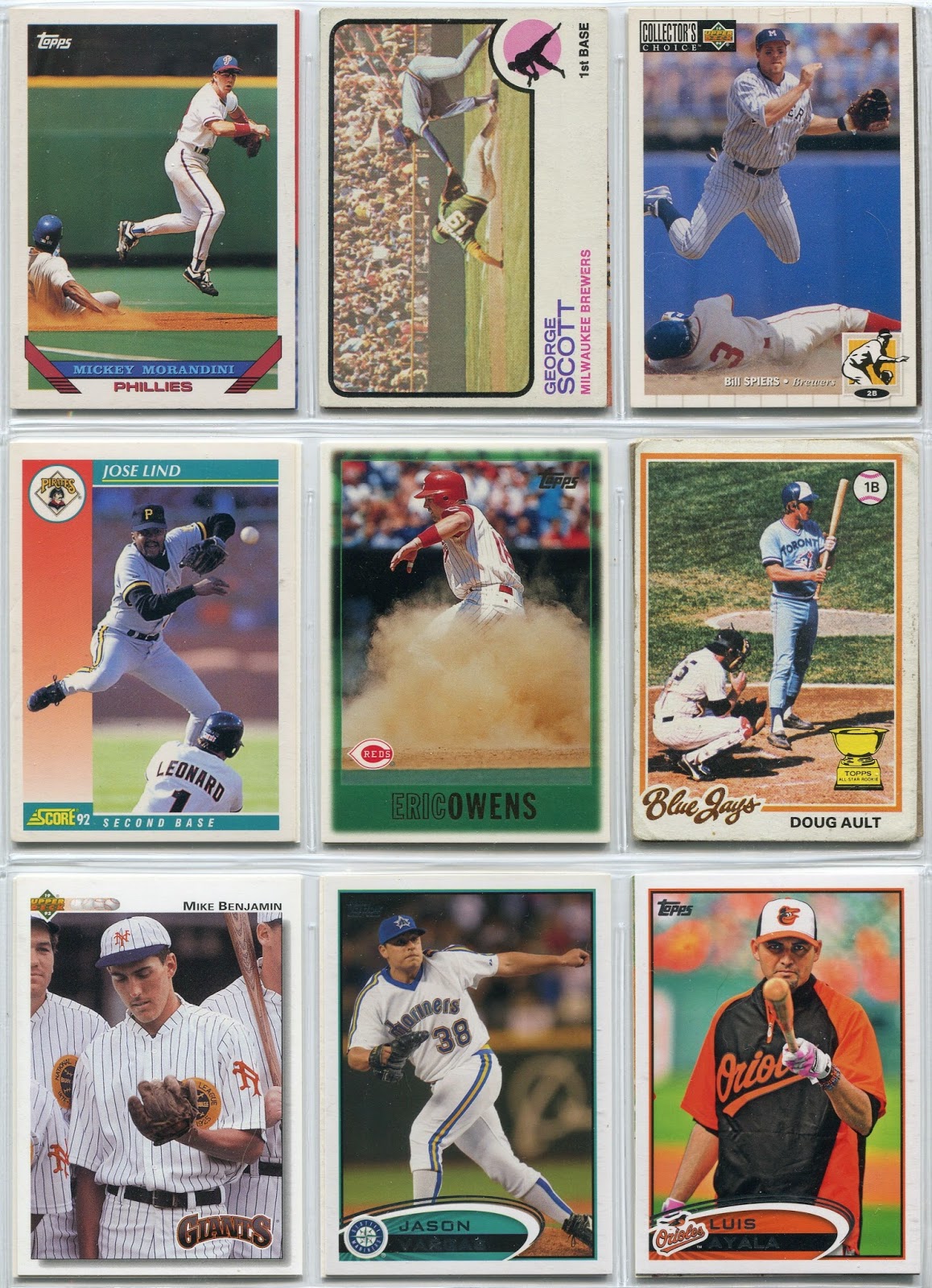 Let's see if I agree with the majority this week.

Here's a closer look at our new page of contestants. 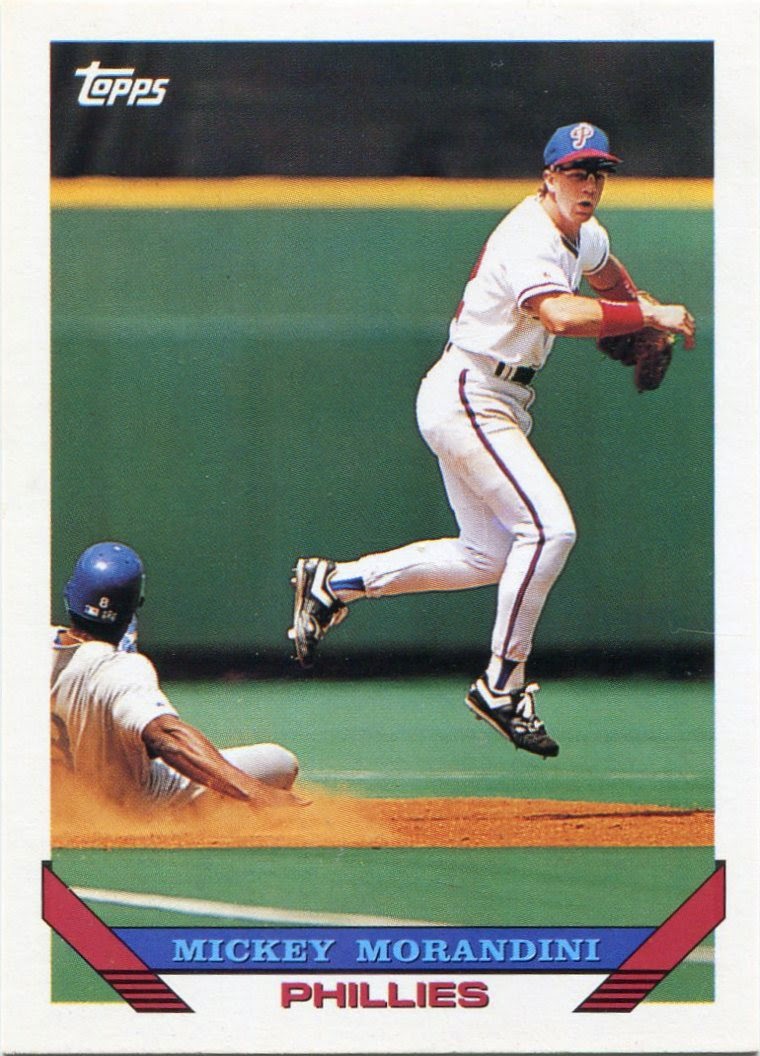 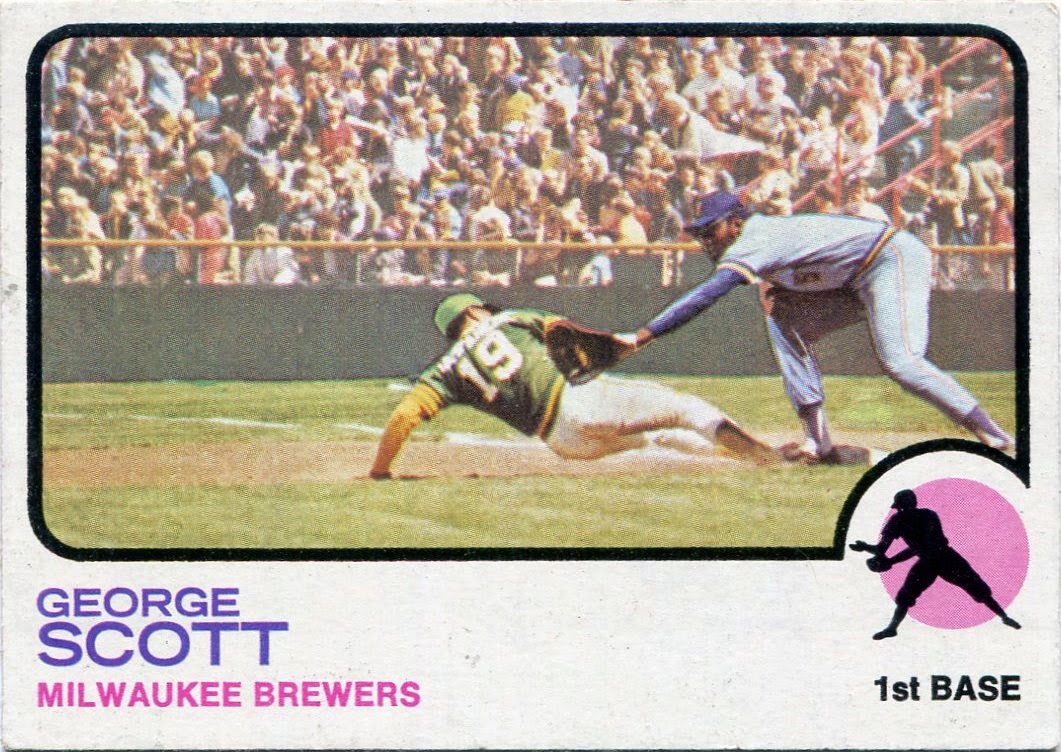 The more I look at this card, the more I think Topps cut and pasted that action-packed pickoff shot in front of a generic crowd image.

Given how crazy '73 Topps was, I wouldn't put it past them. 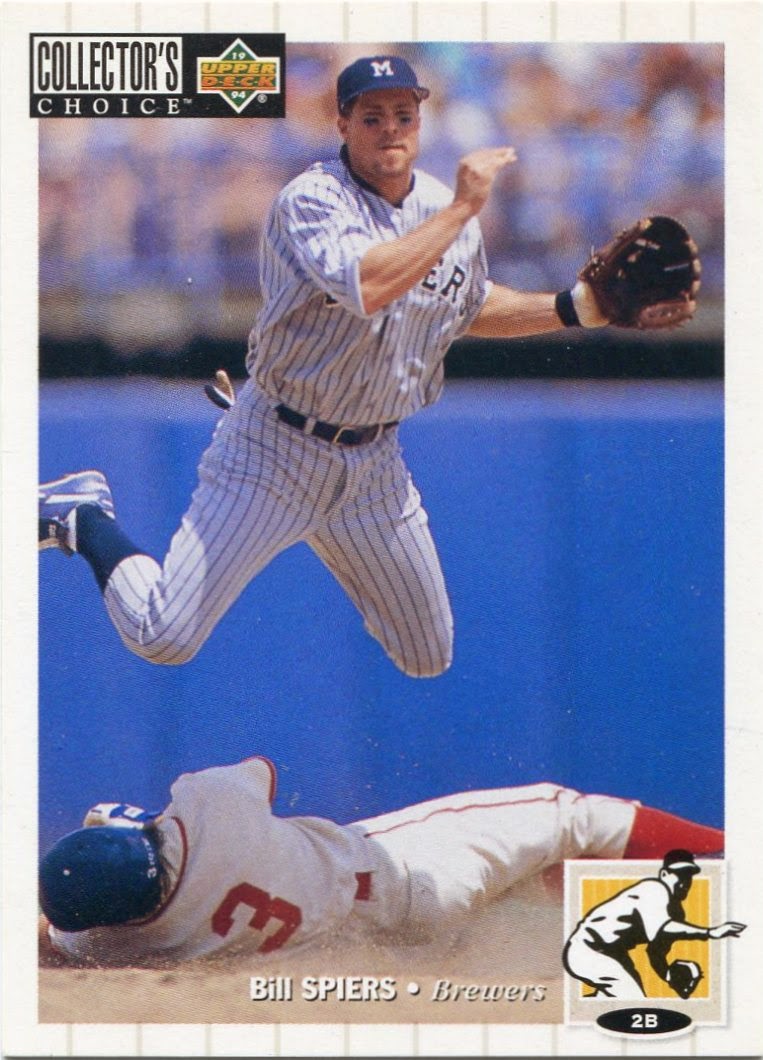 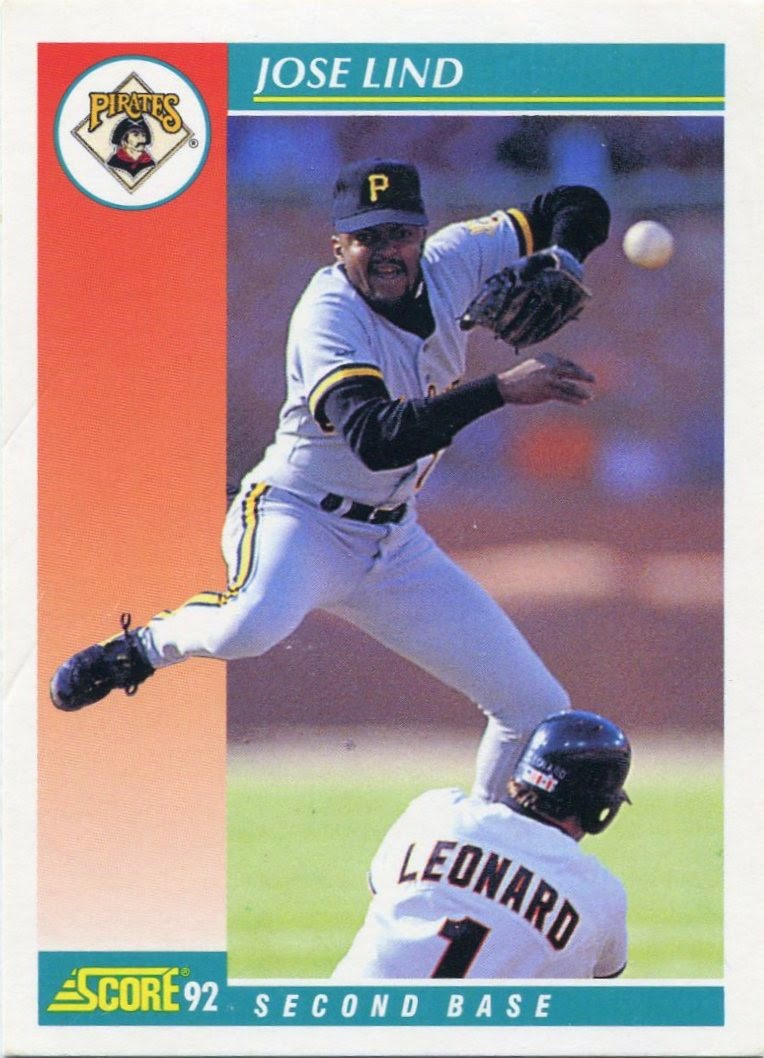 Our second Lind double play in as many pages. 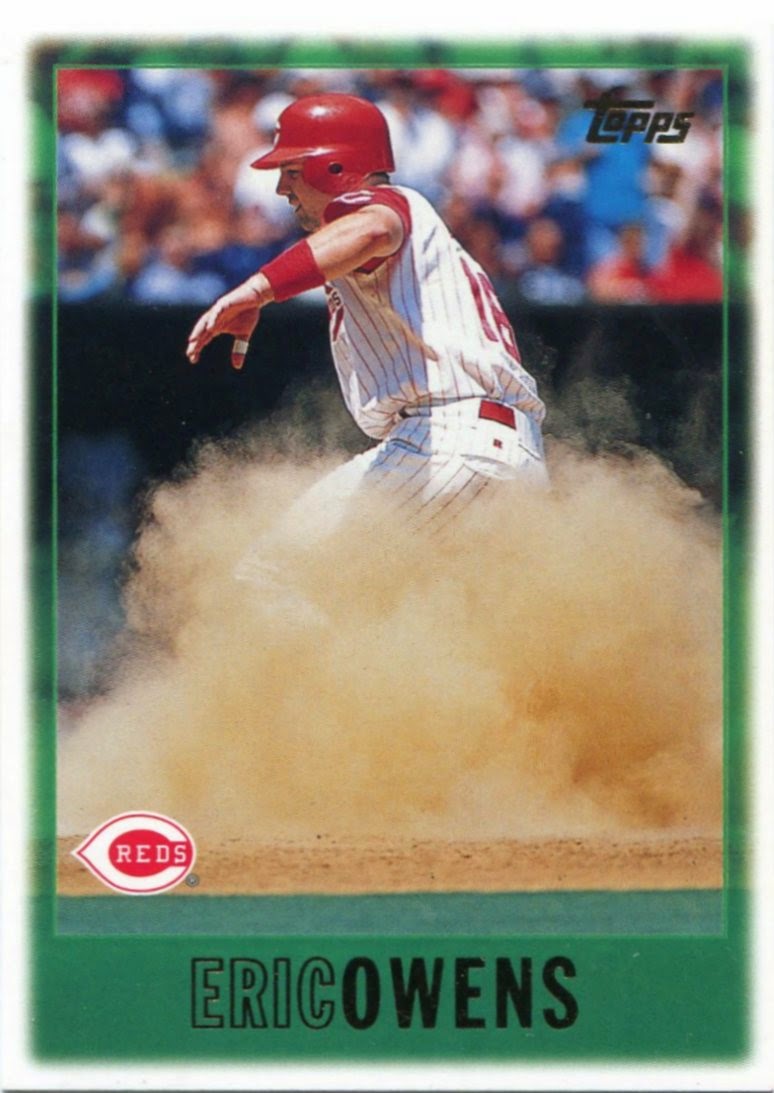 And from the cloud of dust emerged...Eric Owens. 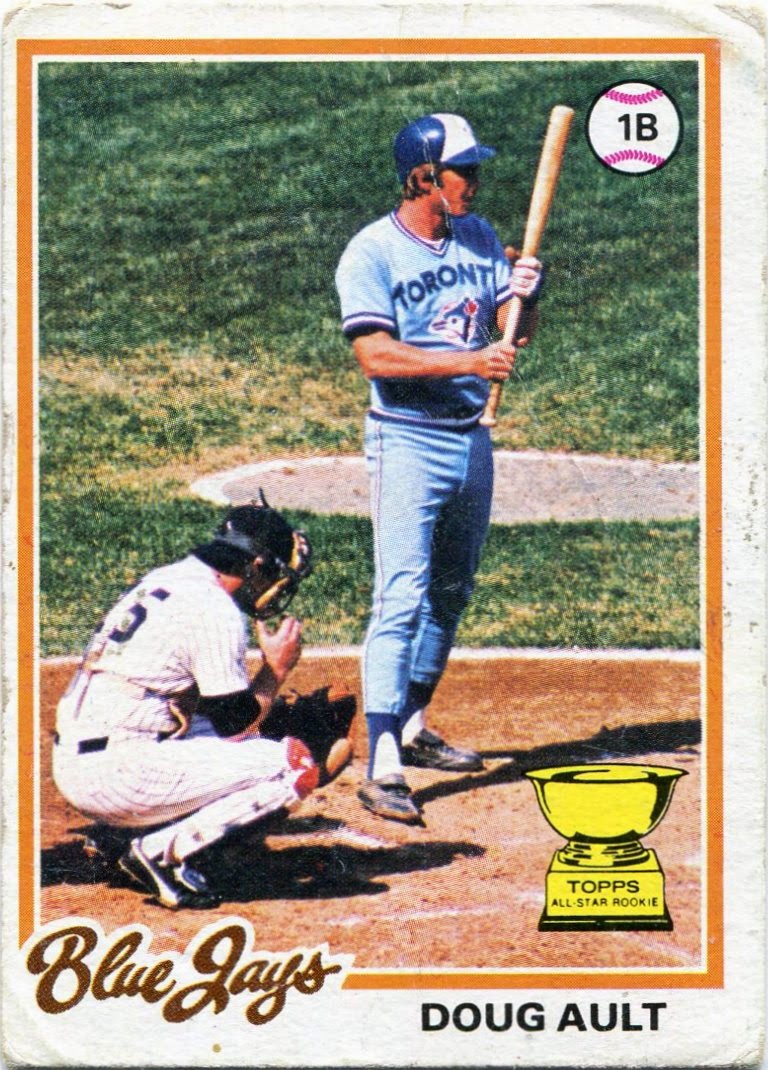 An equally fascinating and chilling part of vintage Topps history. 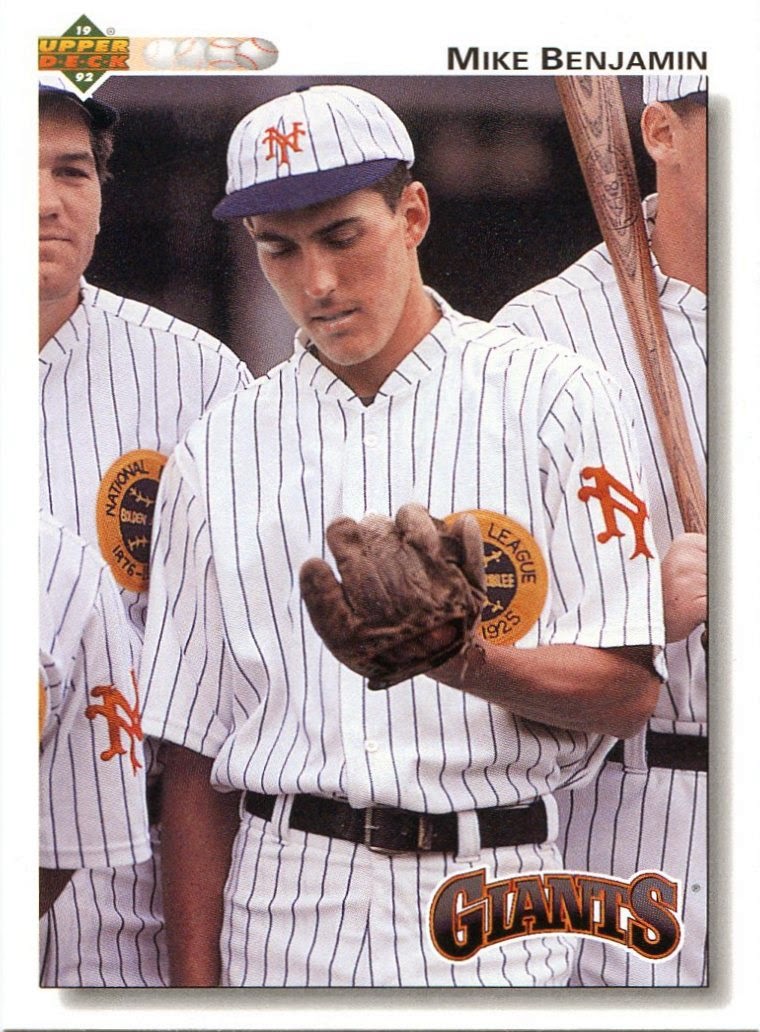 I don't know how pre-war players did it with those scrawny little gloves. 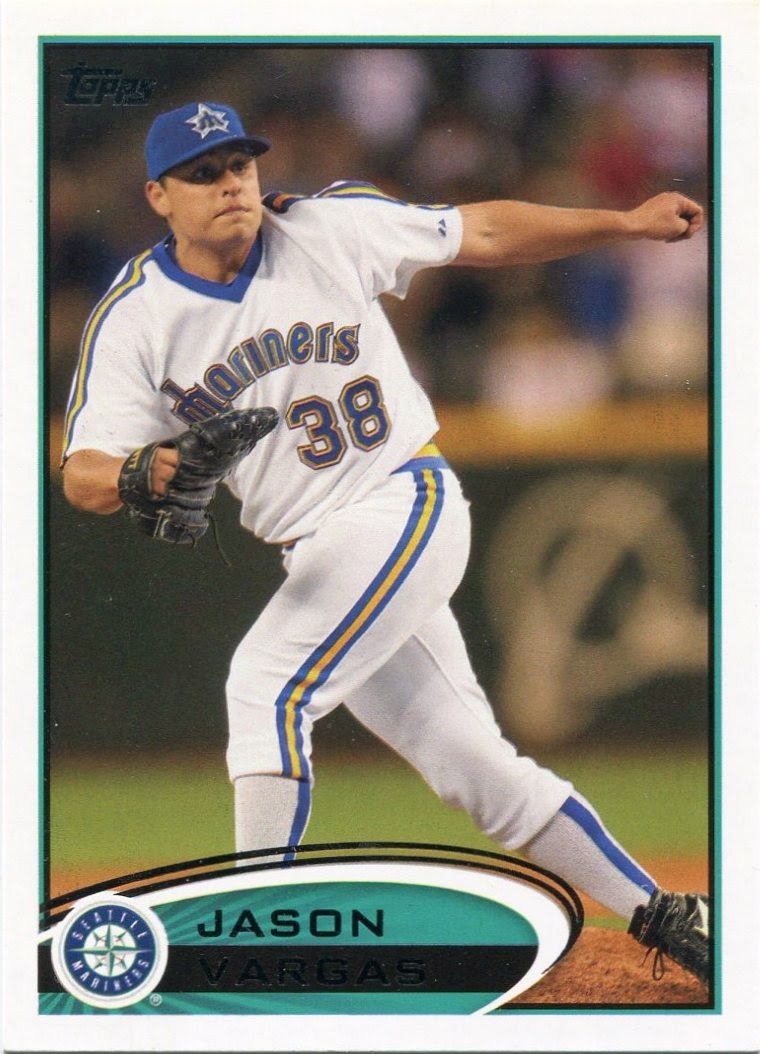 A stroll into the '70s with this nice throwback. 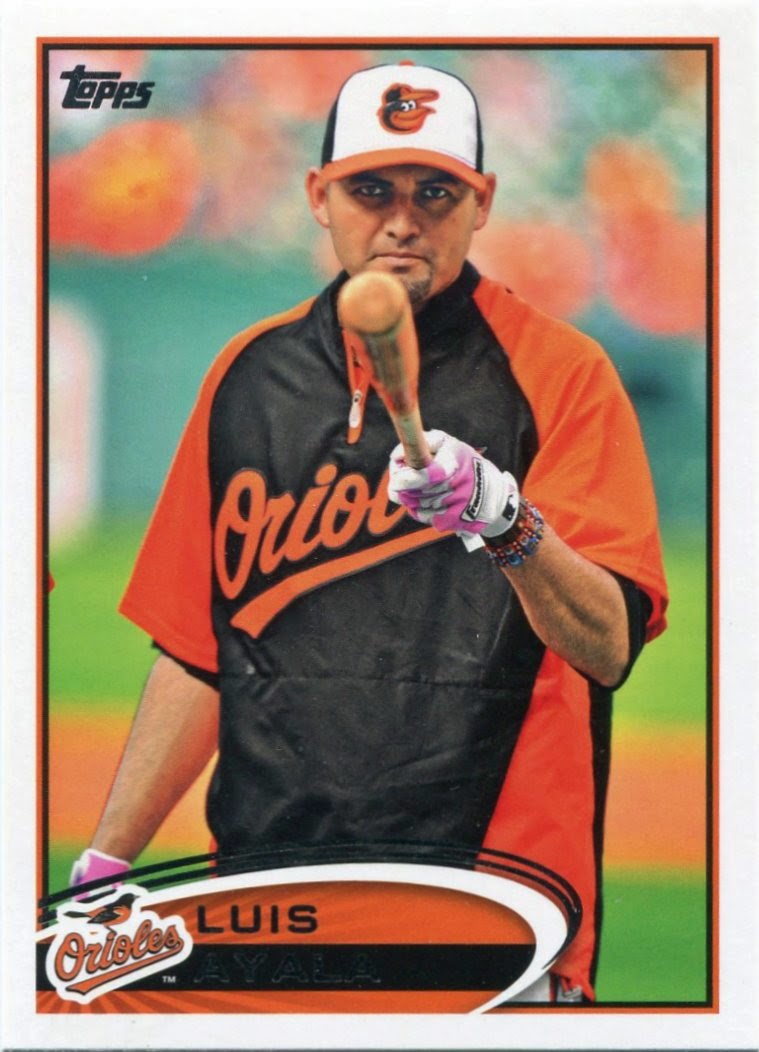 The immaculate AL relief pitcher at the plate/bat barrel pairing.

Let's see if we can keep those 30-plus vote totals going. The poll is now on the sidebar.

I'm torn between the Owens "stirring it up" and the Benjamin Throwback which has a bunt shot on that back BTW. Which to choose, eh.. okay I got it. hitting the poll now.

I voted for the Doug Ault. Not for the obvious 'he's a Blue Jay' reason, but because of the story behind. I didn't know about it (I didn't even know about that player), so thanks for the link to NO's account of it.

John said it first. I love Eric Owens, so I WANT to vote for him to be included, but the Mike Benjamin card is probably too much.