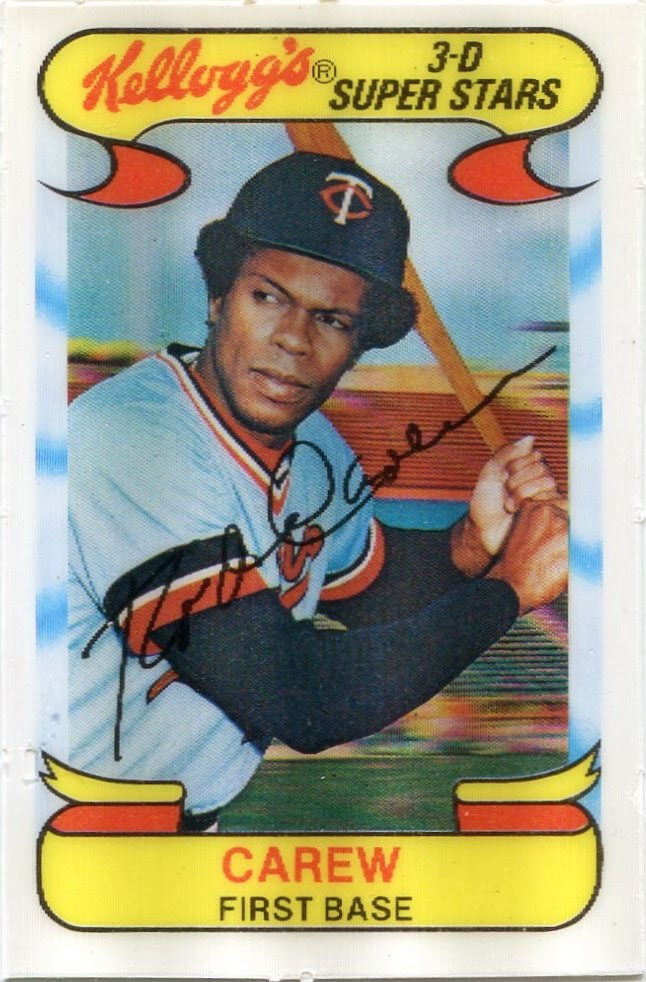 It gives me great pleasure to say that I have speared another white whale.

The big card I've wanted for all my life is a 1952 Topps Hoyt Wilhelm rookie. Unfortunately, copies of it go for upwards of four figures, so tracking that one down might take a little while longer.

No, I speared one of my mini white whales, if such a thing is possible. Because my number one want is  such a high-end card, I have to have a few more attainable white whales to keep things interesting.

Thanks to an innocent little Ebay auction, I finally found one of them a couple weeks ago. I threw out a small bid on a lot of three 1978 Kellogg's issues, one of which was the white whale in question.

By the time the listing ended, I'd honestly forgotten about the auction. I figured I'd be outbid within hours. When I remembered to check Ebay a few days later, I found to my utter surprise that I'd actually won the three Kellogg's cards for a mere $3.25 price tag (with free shipping), about a dollar each.

Though the white whale was the main attraction, the two other cards in the auction weren't necessarily also-rans.

It's hard to sneeze at a 3-D card of Rod Carew in his prime. 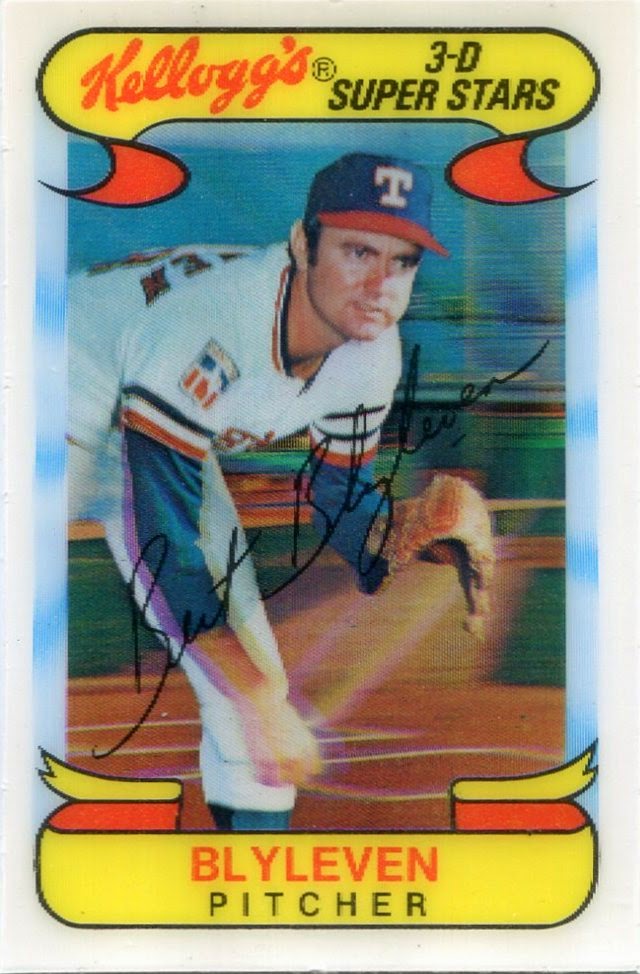 The same goes for a rare shot of Bert Blyleven with the Rangers.

"The Flying Dutchman" only pitched in Texas for a year-and-a-half. This is just my third card of him as a Ranger.

If you're starting to think my white whale might have something to do with my "short term stops" collection, then you're on the right track.

It gives me great pleasure to finally introduce... 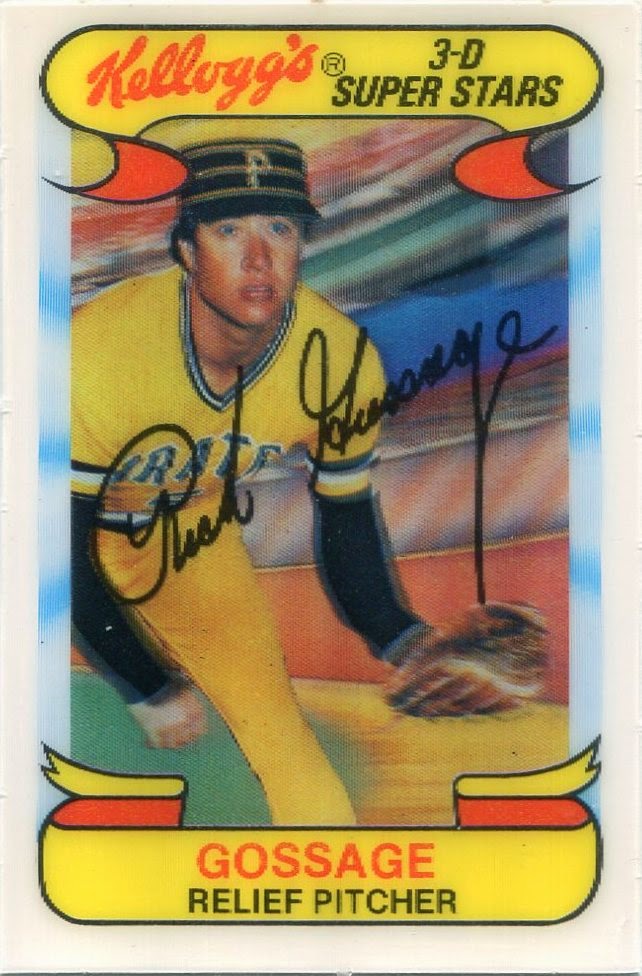 I didn't even know this card existed until earlier this year. It's sat near the top of my must-have list ever since.

Goose Gossage cards themselves aren't much of a rarity. I own close to a hundred of them. Cards of him as a Pirate, on the other hand, are quite a different story.

Gossage pitched in Pittsburgh for one season in 1977. Topps kept him in White Sox gear for his '77 Topps issue and airbrushed him into Yankee pinstripes the following year. It's like they were doing everything they could to not show him as a Pirate.

The only other card I own of Gossage in Pittsburgh yellow is his sloppily airbrushed 1977 Hostess issue. Despite my unabashed love for that Hostess piece, I was always a little sad that I never managed to unearth anything else of him as a Pirate.

That is, until I found out about this very 1978 Kellogg's card. The back lists him as a Yankee, but he's featured in full, un-airbrushed Pirate gear on the front, which is all that matters to me.

Unless there's some rare oddball that I don't know about, I'm fairly certain that I now own the only two cards of Goose Gossage as a Pittsburgh Pirate.

It's a happy day in Dime Boxedonia.

I love Carew and Blyleven, but finding a '78 Kellogg's Goose Gossage for just over a buck is definitely one of the steals of my lifetime.

Congrats! That's one I'm on the hunt for as well.

The Gossage is a cool card, but there's something about that Blyleven card that makes it look 3-D even in a scan. Both cards are most excellent and now on my wantlist. Rod Carew's going have to up his game if he wants to get in on that action.

What the heck is going on here? Goose was a Pirate? I have no idea how this slipped past me all these years. Beautiful cards. I'm starting to think that Kellogg's might be the greatest line of baseball cards ever. At the very least... they're one of the best sources of eye candy outside of the Asian girl on Battlestar Galactica.