Ask and ye shall receive 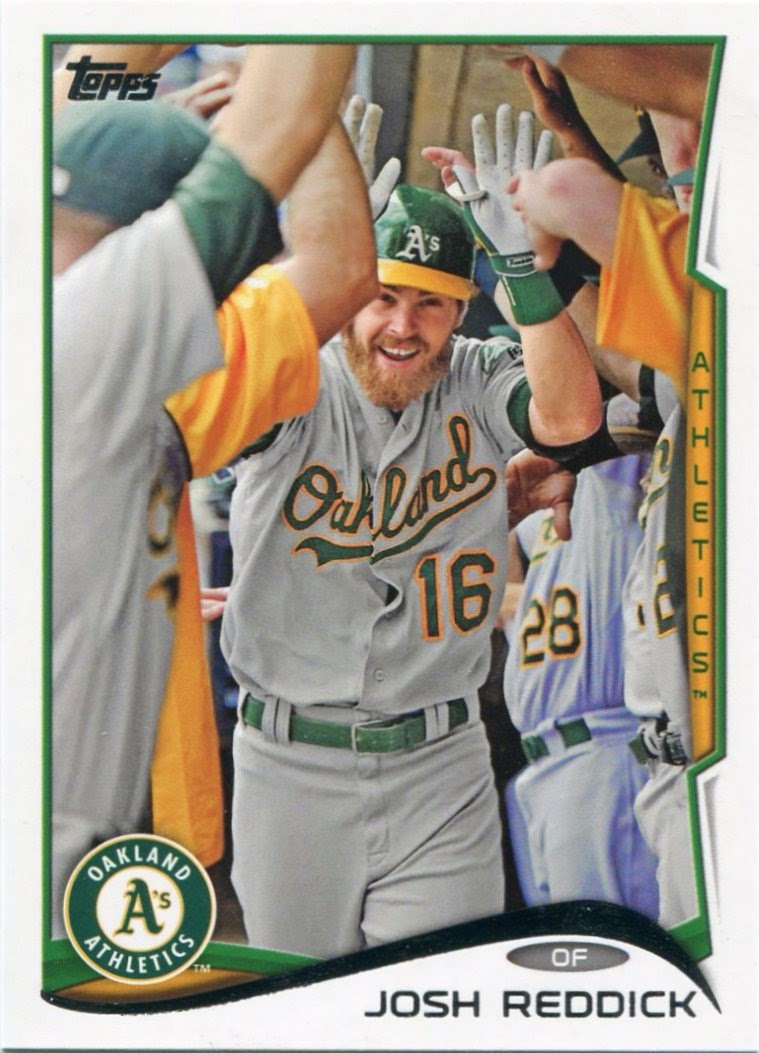 I'm truly appreciative of all the great cards people have sent me over the course of this blog's history.

Sometimes, another trader and I will mutually agree upon a trade. Others, I'll simply get an email asking for my address, the sender saying that they have cards to send me. A lot of the time, people drop packages on me without any warning whatsoever.

Very few of the trades I make start with me specifically asking for a card on someone else's blog. I don't like to do it very often. In my own twisted mind, me requesting a certain card from another person seems like an imposition.

I still don't know why I think that. Others have been nothing short of generous and accommodating in the few times I've made specific requests.

After Max of the terrific blog "Starting Nine" noted that he had extra Series 2 base for trade, I decided to bite bullet and contact him to see if he had any of my needs from the set.

I worried that it'd be a hassle for him to dig through all his spares to see if he could hit any of my needs. 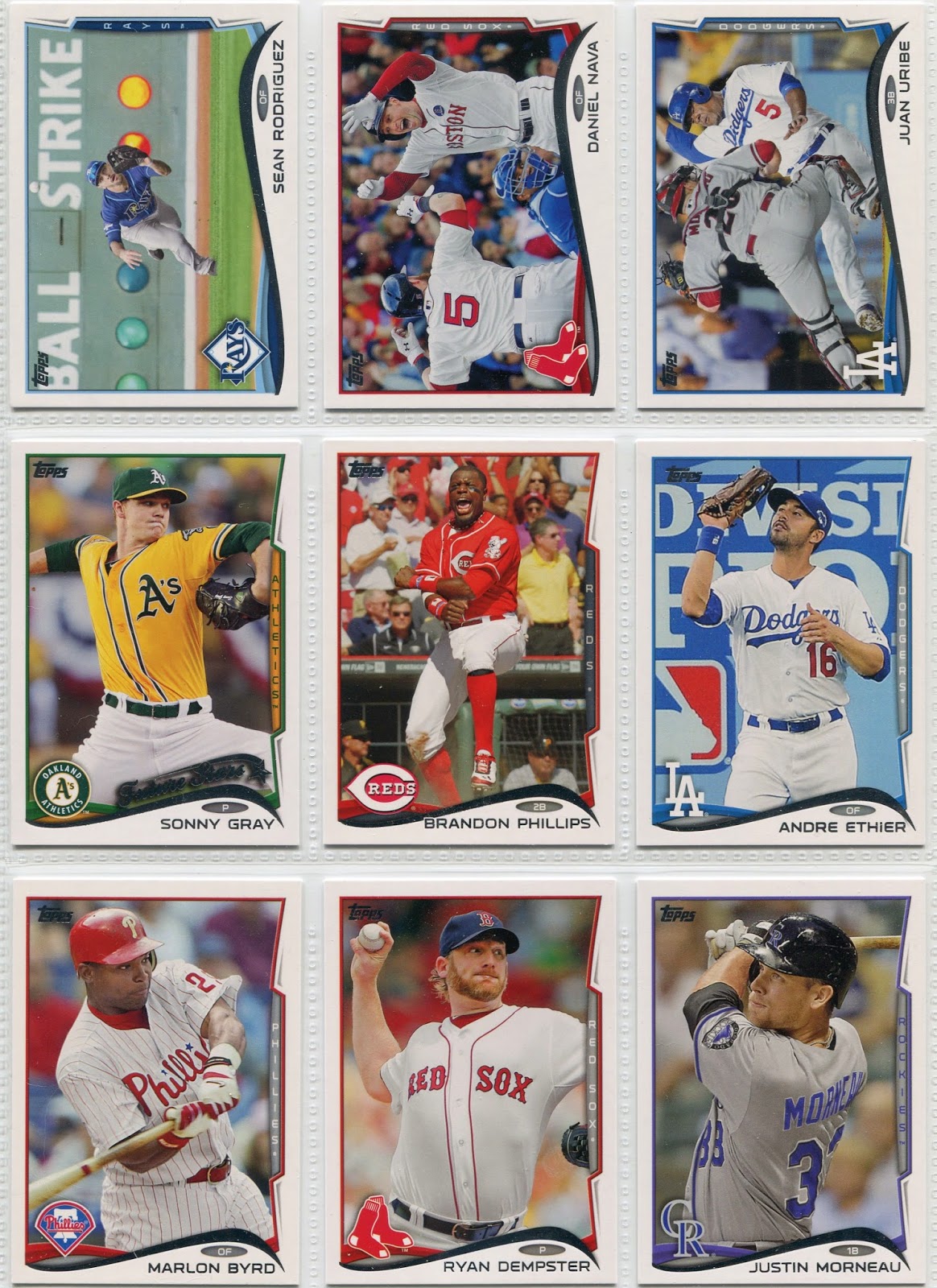 A short while later, I received a return email from Max.

He seemed glad to help me out, hitting a couple dozen of my Series 2 base needs. 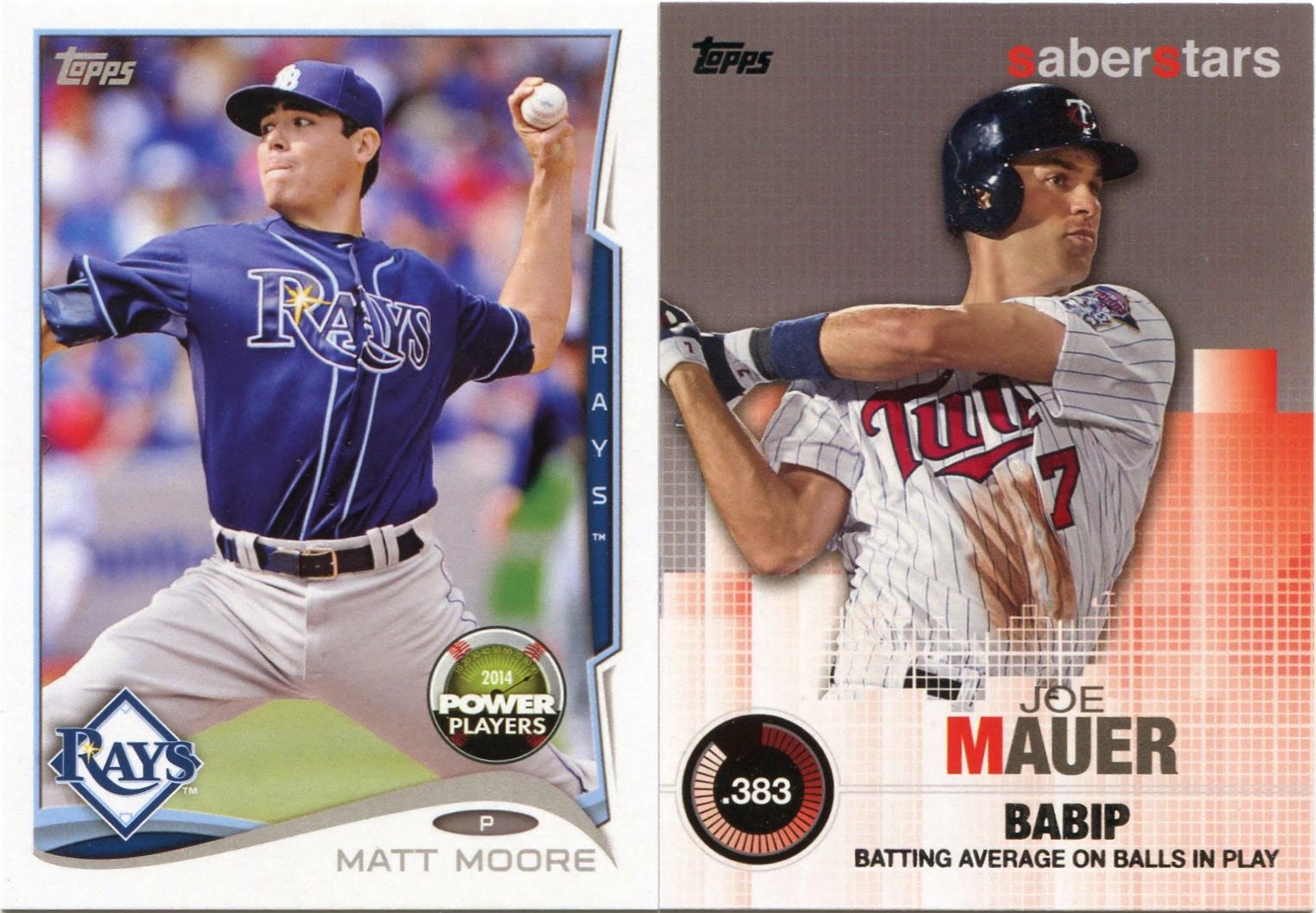 He even took it a step further by knocking out a few of my Series 2 insert wants as well.

The "Saber Stars" series is really starting to grow on me. 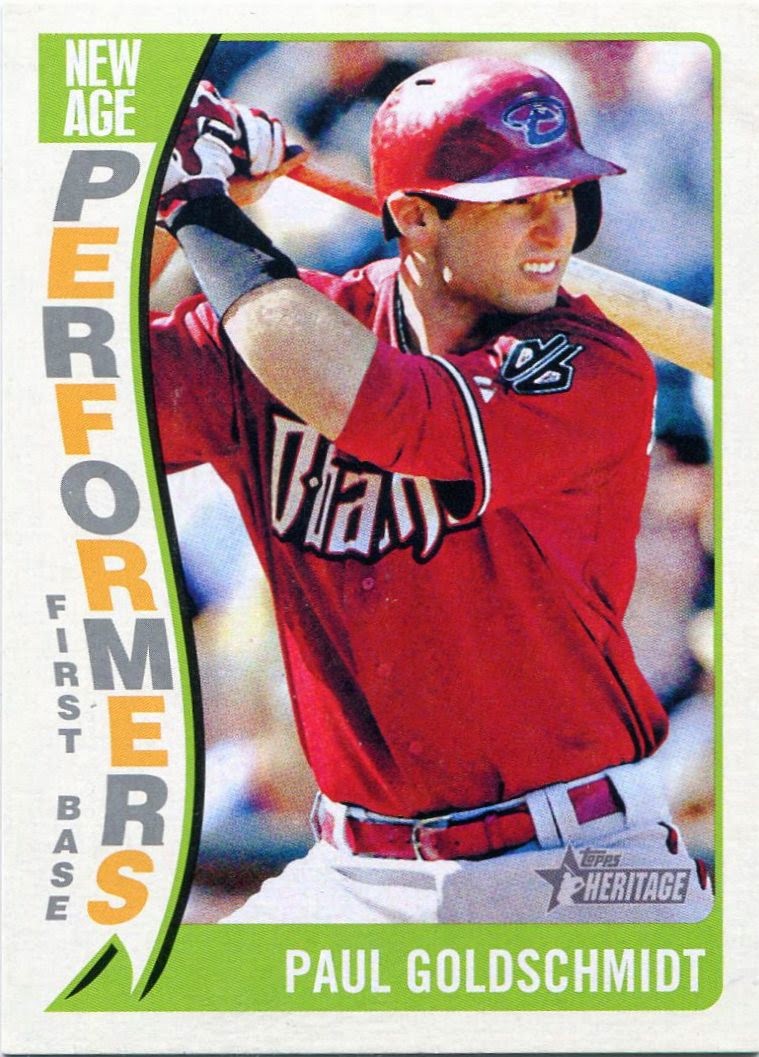 No, Max didn't stop there. 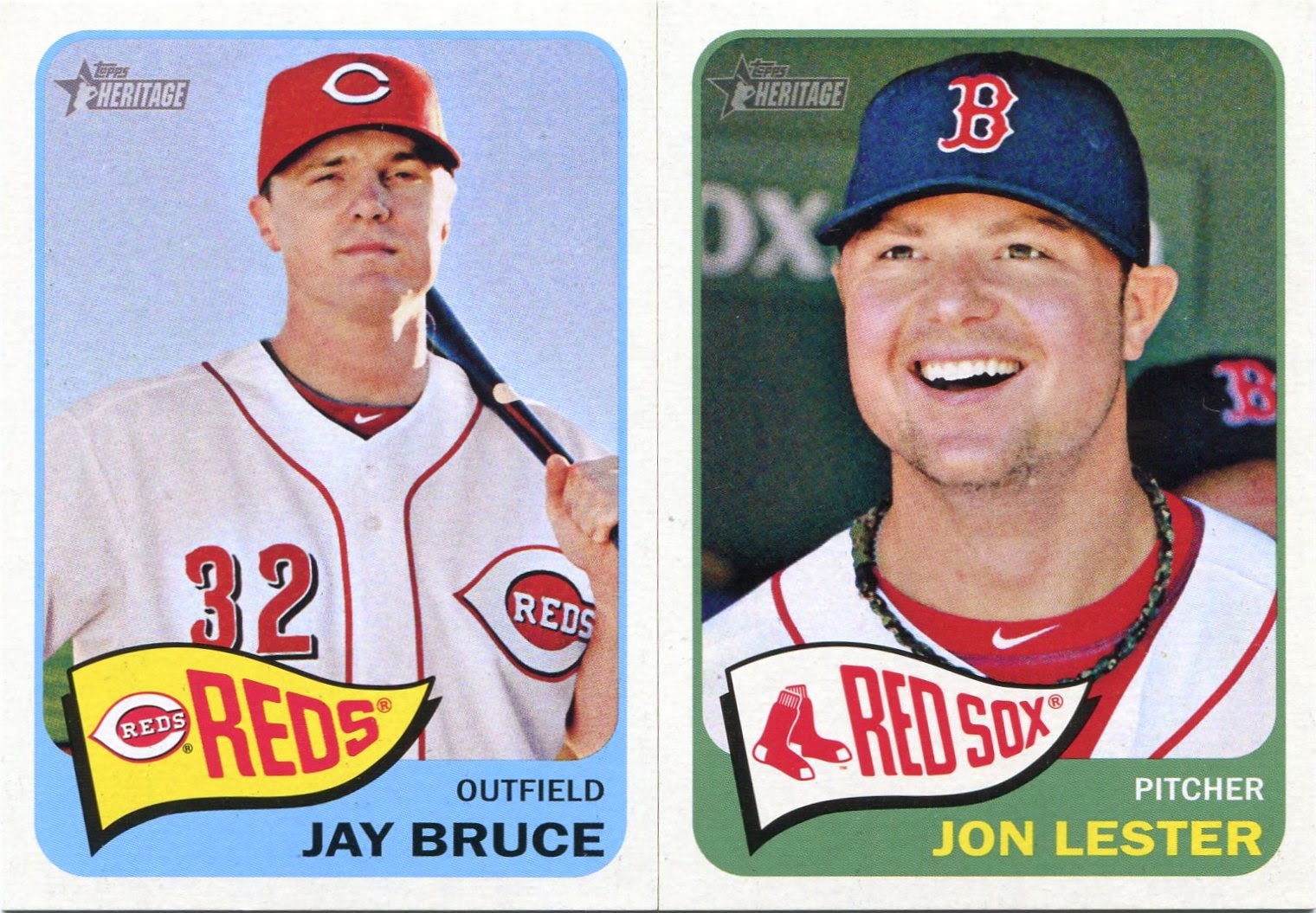 ...and this pair of short-prints, he helped out with a few prime Heritage needs.

By this point, Max had certainly gone above and beyond my wildest expectations. 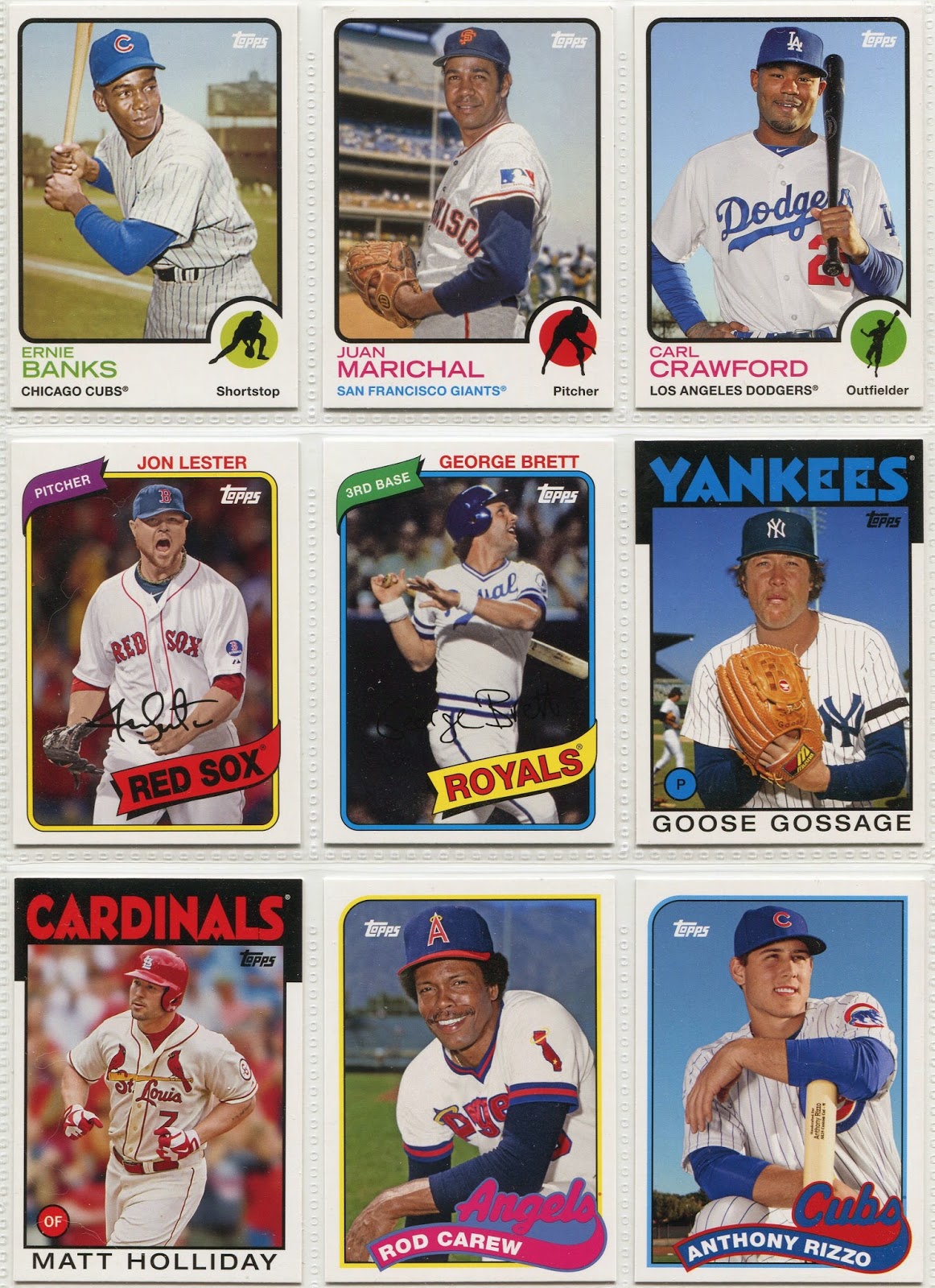 And that was before I saw the stack of Archives in the package he sent me.

The cards Max sent spanned each of the four different designs Topps used this year and went a long way in trimming my want list down to an acceptable number.

Though old Topps designs are always fun, 2014 Archives only had one true innovation to me. 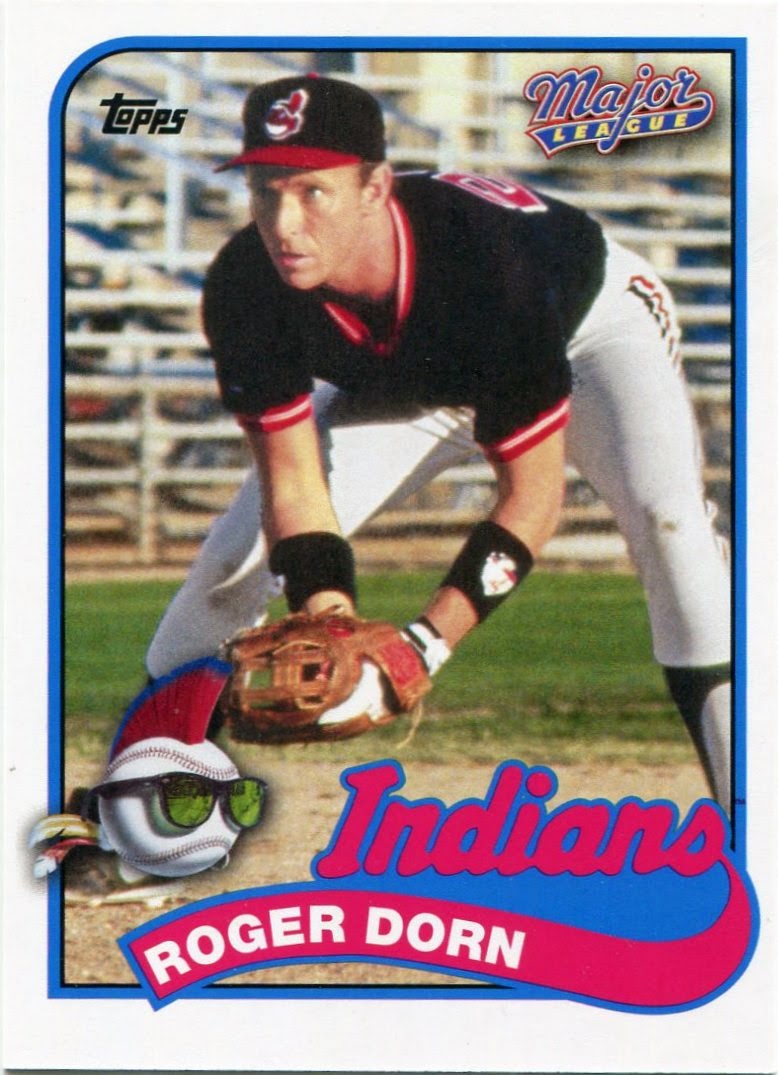 I'd been dying to get my hands on some of these "Major League" inserts since Archives hit the shelves. I'm a big fan of the movie and thought the idea to feature a few of the main characters on cards was brilliant.

Unfortunately, I hadn't been able to track any of them down. Until Max came along, that is. Mr. Dorn here was my first in-person look at the highly coveted series.

I'm hoping to nab the rest of them at some point this year, but this one will tide me over for now. 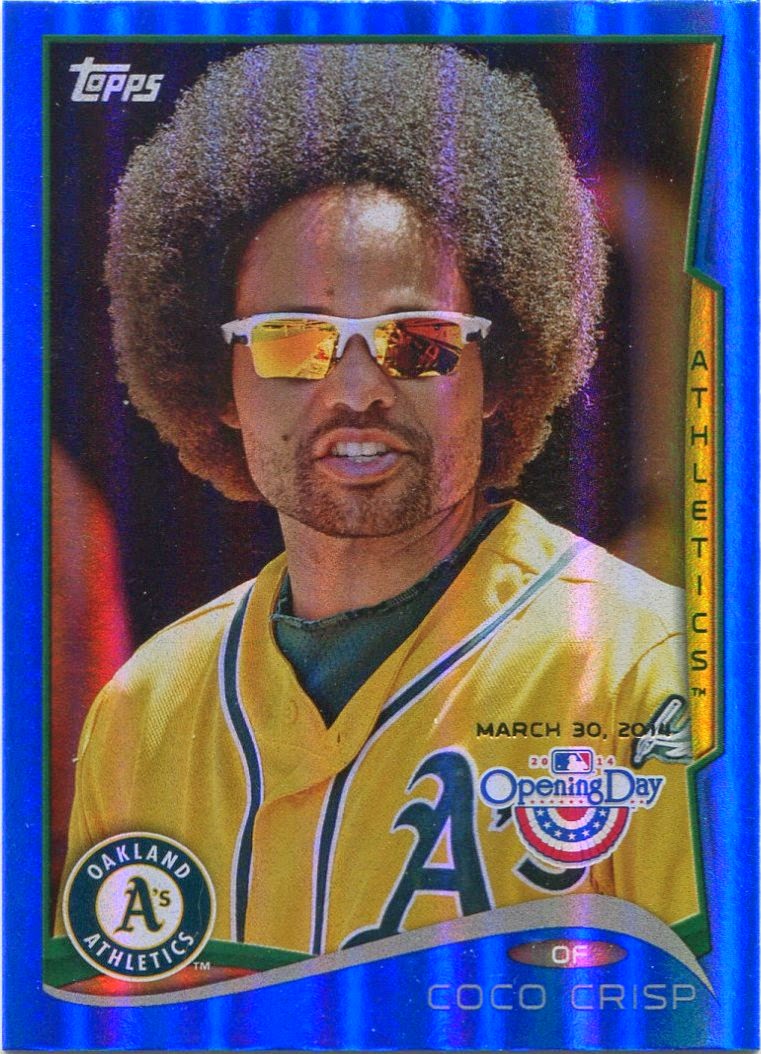 Max's awesome generosity helped me build the courage to ask about another card I saw on someone else's blog.

Matt of the awesome blog "Bob Walk the Plank" and I worked out our second trade in mere minutes after my initial inquiry.

Though it wasn't necessary, he spiced up the deal quite a bit. Matt was nice enough to throw in not one, not two, but all of the spare 2014 Opening Day blue parallels he had available.

I was ecstatic to see the 'fro-tastic Coco Crisp fall out of the pile.

Unless something drastic happens during these last few months of the collecting season, this might well earn "Card of the Year" honors. 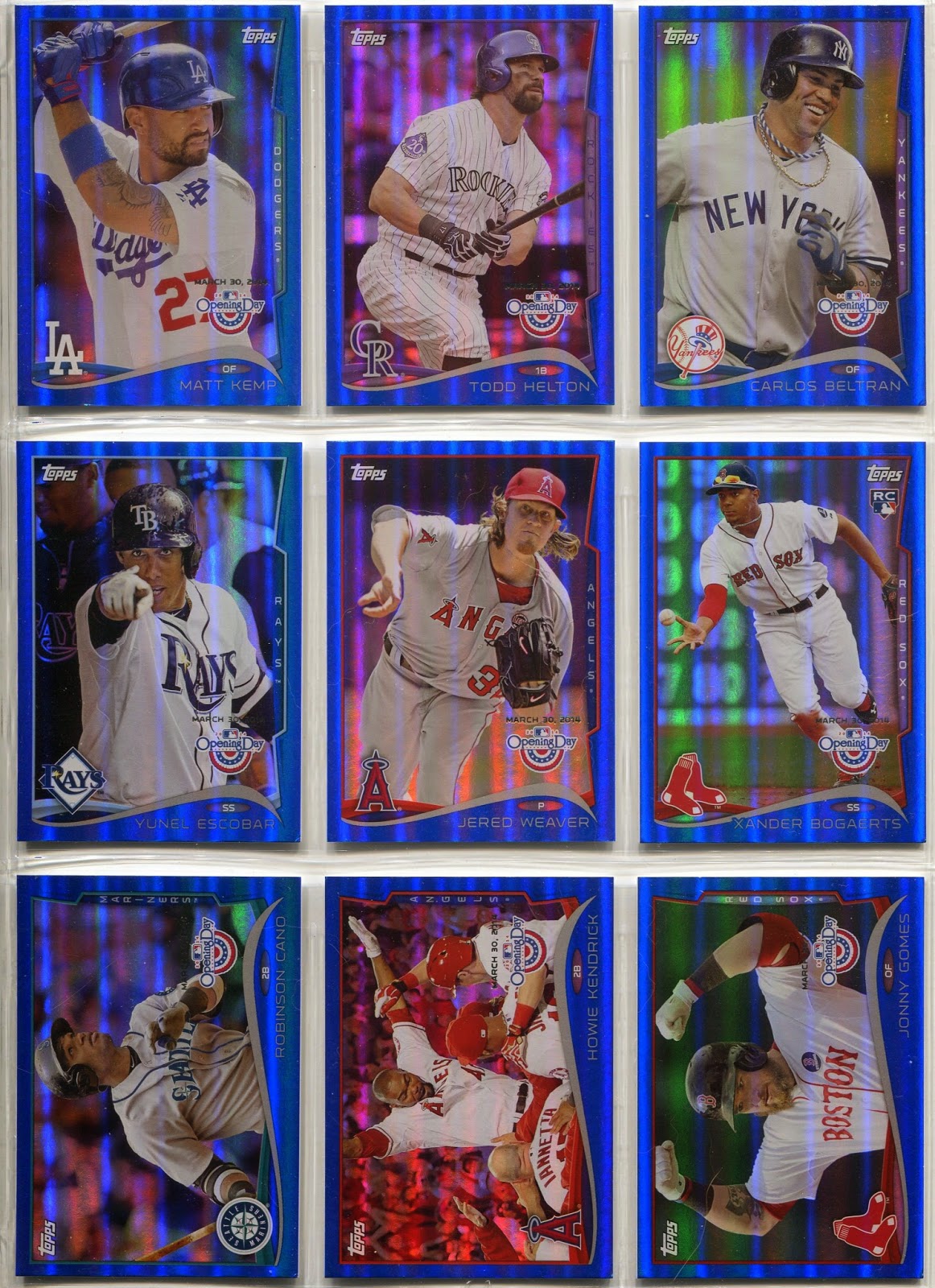 I needed almost all of the shiny blue parallels he sent, and I'm sure I'll be able to find good homes for the few that didn't go into my binders.

As great as these are, however, they took second billing to the real prize of this trade. 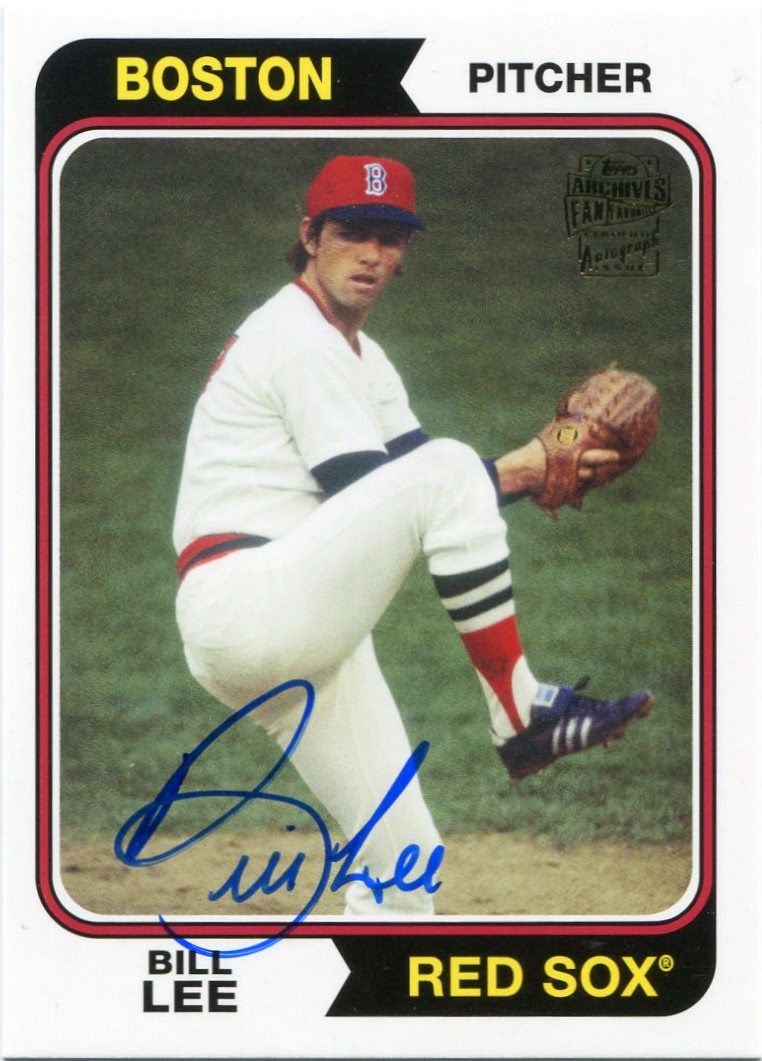 This was the card that initially piqued my interest on Matt's blog.

I don't know that I've ever specifically asked for an autograph. I don't really care about 99 percent of the ones that are out there. But, hey, I guess there's a first time for everything.

I've mentioned my fandom of Bill "Spaceman" Lee many times in the past. I was lucky enough to meet him at a card show a few years back. The fact that I didn't own a certified autograph of "Spaceman" before I saw this one on Matt's blog made it a must-have for me.

Coming from 2012 Topps Archives, this is an absolutely beautiful on-card auto on the legendary '74 Topps design. It's easily one of the best cards in my memorabilia collection as we speak.

I can't thank Matt enough for sending such an awesome piece to me. I still don't think what I sent back was even a fraction as good.

It goes without saying that these trades with Max and Matt paid huge dividends for my collection.

I love Bill Lee's book. Great card. I have a Rickie Vaughn for you if you'd like it, BTW.

Glad you enjoyed the cards.

Sorry for all the times I have "impositioned" you. That said, those are some dang nice Blue Red Sox you have there...

And the Lee is aweosme too.

Ask and ye shall receive.

I always live by the theory that if you ask, all someone can say is no.

Glad to help with your needs. The stuff you sent in return was wonderful and it will be up on the blog this week.

Aw man, Major League cards? I'm two for two on coming to your site and finding things to want that I shouldn't want.

Nice Bill Lee auto, and I love the Coco Fro!

That Bill Lee card is spectacular. I just decided to start up a collection of his stuff after a few floated into my hands.