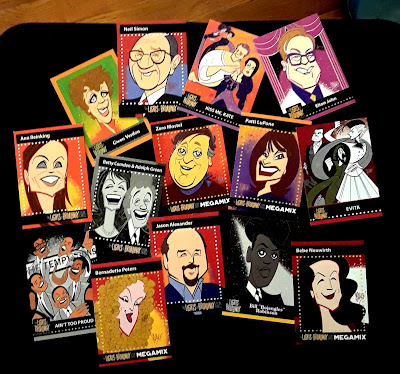 I apologize in advance if this is not of interest, but Nick as allowed me to do a guest post on a relatively new card collection of mine...

I've always been a fan of Broadway musicals and Broadway in general, and during the pandemic I discovered a company making these Lights Of Broadway cards, and a community of collectors to chat and trade with. I already collect Playbills, programs, and theatre ephemera, so why not? as I'm sure you collectors can understand!

I'm going to NYC on Sunday for a visit to the Schubert Alley Broadway Cares Flea Market, too. It's equivalent to The National for Baseball cards! I'm sure some of these cards will be purchased! 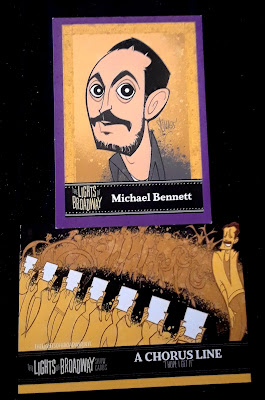 #5 - Michael Bennett
Michael Bennett created, choreographed, and directed "A Chorus Line," and later Dreamgirls, among his many other credits... 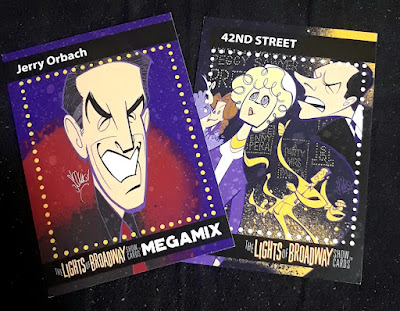 It does often bug me when I mention Jerry Orbach and I ear "you mean the old guy from that cop show?"...well yes, but SO much more!

if I listed my 10 favorite songs from musicals, he sang 4 of them, and in 42nd St. and Chicago, he starred in 2 of my all time favorites... 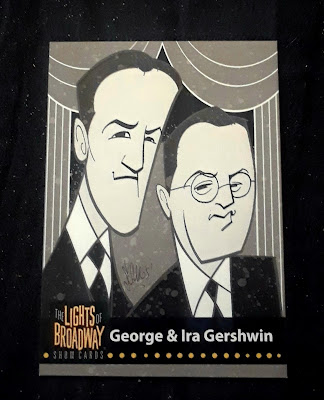 These card sets cover everything from shows currently running to the early days, and among the coolest cards are these "Golden Age" cards...

Hard to get in rarer air than the Gershwins! 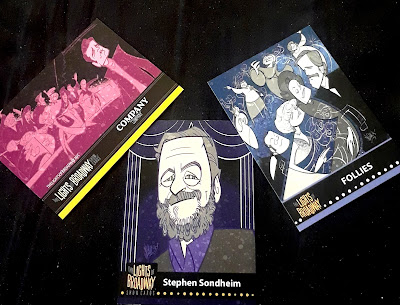 ..and speaking of rare air...Stephen Sondheim, the man was an industry unto himself! His death at 91 this year brought out tribute after tribute.

It's always hard to settle on a "greatest" but as far as strictly writing for theatre...he's the greatest! 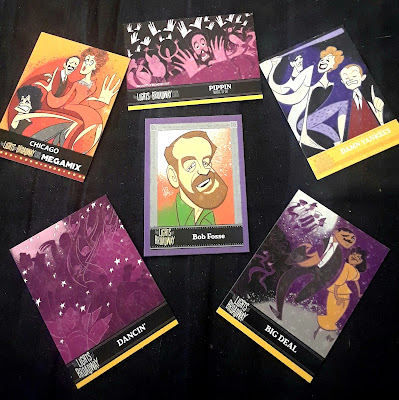 Still the only person to win a Tony, an Oscar, and an Emmy IN THE SAME YEAR... Bob Fosse could do it all...Choreographer, Director, Actor, Writer...

Definitely a troubled guy, but no one lived for showbiz more than him, a truly amazing dude...

EDIT...I attended the nyc flea last Sunday...every bit as cool as I thought it would be!

Well done sir dad! I will have to keep those collections of your in mind. You never know what one will find.

Well, I've heard of four of the five. Heard of A Chorus Line, but not Bennett.

Thanks for sharing! My daughter loves musicals, and after looking these cards up, I'm seriously considering buying her some of the Beetlejuice Musical cards for Christmas!

I have been watching the Law and Order franchise since 1990,Orbach was excellent as Lennie Briscoe.

Great post, Dad. I was beyond lucky to have seen “Chicago” years ago on Broadway during a business trip. The cast included Marilu Henner, Bibi Neuwirth and Joel Grey. We had second row center seats. Quite amazing.

Bebe AND Marilou...I think I woulda passed out!!

I've shown my (re-)framed team photo of the 1909 New York Giants before, but I'm not sure I've mentioned what was one of the backing boards in the original frame. It was a playbill from a Broadway play in the same era called Marcelle starring Louise Gunning, presented by Sam & Lee Shubert. I looked it up on the Broadway database and it's legit. I'll post it on my blog if you'd like to see it.

I've lived in New York my whole life. The only time I went to Broadway shows was when I was dragged to them. Dragged to 42nd Street (which I liked) and some one-man Yogi Berra show (which was terrible as a play and as baseball history).

I'd love to see a follow-up post with what you got at the flea market!

Broadway playbills are all over the place at flea markets, thrift stores, etc in the NY area. I imagine most of them are the playbill equivalent of '88 Donruss, but if there's anything in particular you collect I can keep an eye out for you.

Awful nice to offer! I got a bunch of Playbills (still nowhere near completed my Sondheim shows,but got a couple more) more of these cards (they have a table every year) vinyl and cds,books...and my fave find, a Grey Gardens The Musical tshirt!...and almost everything that wasnt signed or props and stuff was REALLY cheap!

Very nice, thanks for sharing! 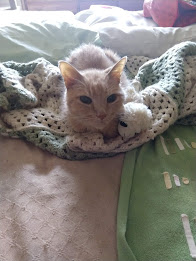