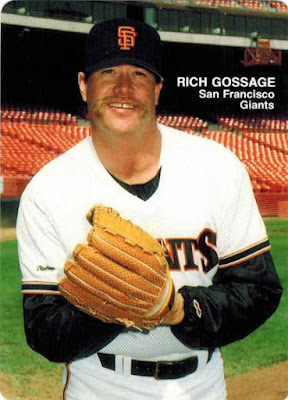 I've been on Facebook since high school, but Twitter's only been in my life for the last four years or so. I've tried to make Twitter a baseball-only source of news (key word there is tried), and there are a lot of great card collectors over there, but by and large I feel like one of those people at a party who's always uncomfortable and just stands by the wall or watches TV all night (so not much different than my day-to-day life, really).

I will say, however, that one of the benefits of Twitter is that people do sometimes just send you cards for the heck of it: a kind chap named Nick (@vossbrink) recently sent me this excellent Mother's Cookies Goose -- a semi-white whale of mine since it's Gossage's first and only card as a Giant (that I know of). 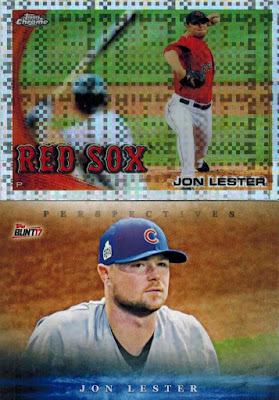 I've also gotten a bit addicted lately to card sales on Twitter since there always seem to be a handful going on (a welcome break from all the high-end hitz and contest retweets).

I got these dueling Lesters on the cheap from a card sale run by a fellow collector named Hunter (@bravescards5). 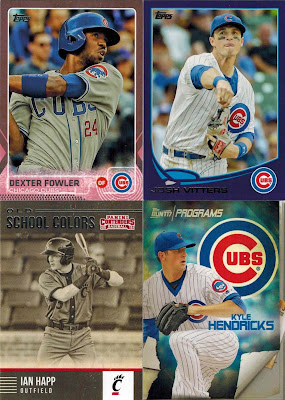 These nifty Cubs also came from Hunter's sale, including a spiffy pink Dexter Fowler (the borders really pop in person) and a purple Toys 'R' Us parallel of uber-bust Josh Vitters. 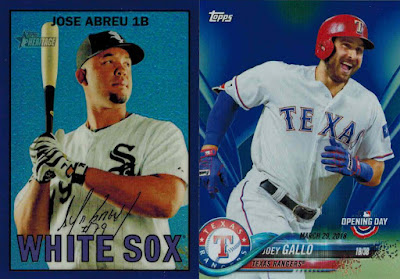 I found myself sucked into another cheap card sale recently, this one run by a guy named Shane (@SportsManiaCard).

Unlike most online sales where stuff is overpriced and/or you pay a fortune in shipping, the ones I frequent are quite affordable: I think these two parallel beauties were a slim 50 cents a pop. 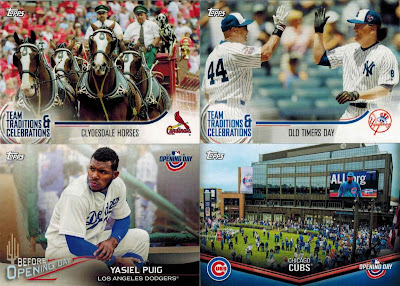 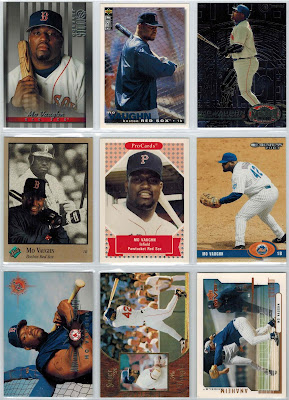 A page full of Mo! 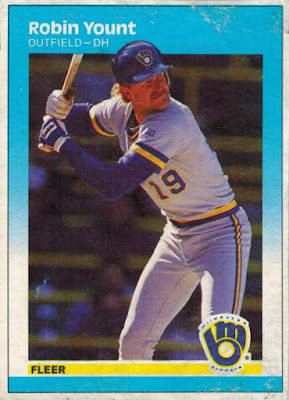 So there: Twitter may sometimes kill brain cells, cause lost faith in humanity, and convince you that today's society can only communicate through GIFs, but hey -- at least you might get some cards out of it.
Posted by Nick at 5:36 PM

I echo your thoughts about Twitter, social media, and social situations in general. Never used Twitetr (or Instagram) myself but i do occasional peruse others' pages.

You got some great deals here. I like the Lester and Mo cards of course, but also the Gallo parallel and Yount box bottom.

Josh Vitters actually made it to the show? I must have missed that. I briefly hesitated on investing in Kris Bryant cause of him.

Great post. I’d been looking for cheap cars sales on Twitter since Jenny got me hooked, so now I have a few more accounts to follow. Thanks.

I still haven't figured out Twitter. I have an account... and I share my blog posts... or at least try to. And Goose played in SF? Damn... I'm so clueless.