Fourth place is fine with me 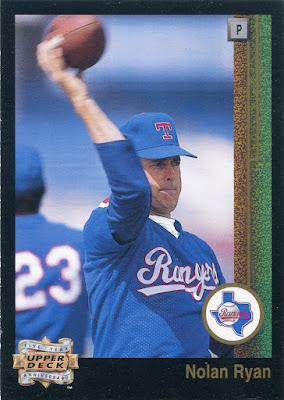 Fourth place is a strange place to be.

It's the confusing middle ground between great and dismal. You were good enough to compete at least relatively well, but you also weren't talented enough to take home the gold, silver, or bronze. You're the best also-ran, the most promising loser, the first in line to get nothing.

I know the fourth-place feeling well. I played Little League for five or six years, routinely hit somewhere around .250 (mostly opposite-field singles), and was never the star of any of the teams I played on. I was the definition of a fourth-place finisher. (And I could be wrong, but I seem to have a memory of coming in fourth in one of my elementary school spelling bees.)

So you can understand why I didn't get overly excited about finding out I'd placed fourth in a randomized contest run by the resurgent Julie of "A Cracked Bat" fame a while back. Another slow walk back to my corner. Another outsider's view of the winner's circle.

But then I read the preface to Julie's randomized list: This time we went four rounds, with the fourth person on the list being the winner. 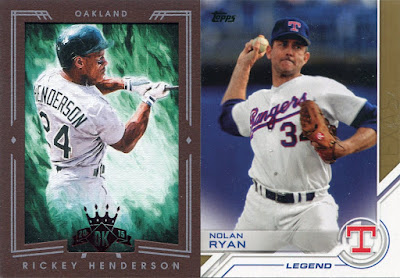 For the first time in my life, I'd actually won something for coming in fourth!

The grand prize was a random stack of goodies from Julie's discard pile, which she's slowly giving away in an attempt to clear out some room following a recent move. And as she's shown me so often during our trading sprees, Julie's also-rans are better than most people's collections.

This recent lot included the '89 UD Nolan Ryan reprint at the top of this post (some gall, Upper Deck, reprinting your cards after only five years of existence) as well as the two recent legends seen above, featuring, again, the Ryan Express himself. 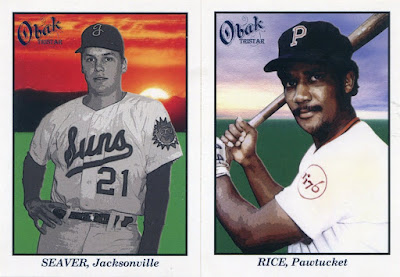 Even Hall of Famers were no-name minor leaguers once, as Obak is so quick to remind us. 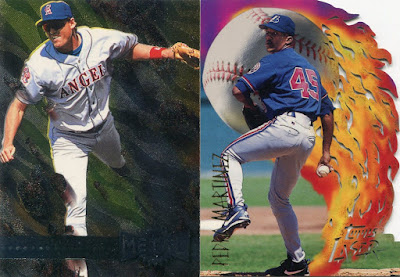 A couple prime examples of the LSD trip that was 1990s baseball cards, including laser-etched fireballs and Tim Salmon avoiding some type of avalanche. 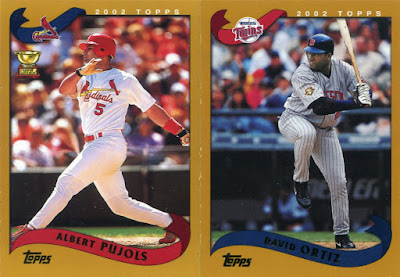 I'm seem to be in the majority, in that I've always considered 2002 to be one of the worst Topps designs.

But the set does have some notable moments, including an early image of Big Papi and Albert Pujols as a spry rookie, years before he'd make my feet ache just watching him run to first base during the rare Angels games I catch on TV. 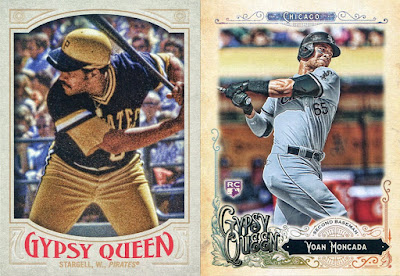 Rookies and legends from Gypsy Queen, an added bonus being that the Pops is a short-print. 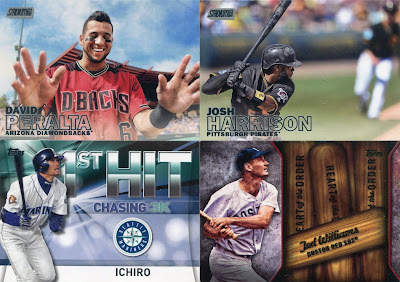 Julie was also quick to send along this quartet of awesome horizontals, including a couple fun cards from last year's Stadium Club that I hadn't yet acquired for the frankenset. 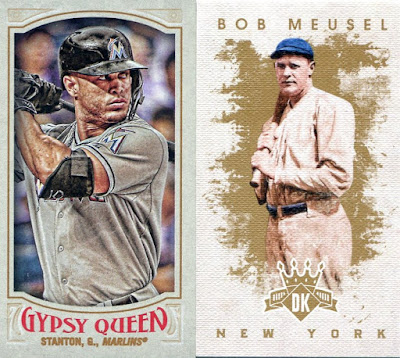 Bob Meusel was born in 1896, Giancarlo Stanton in 1989, yet even that wide gap didn't stop either of them from being featured on glorious minis in 2016. 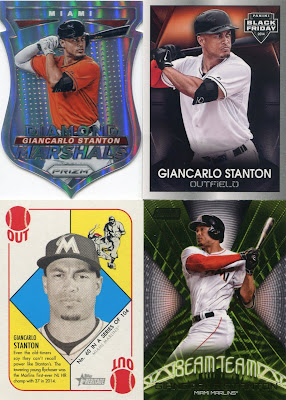 More Stantons for what has quickly become one of my largest player collections of any recent big leaguer, one that's approaching the 300-card barrier as we speak. 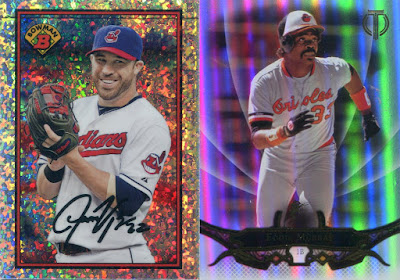 Further examples of Julie's uncanny ability to build well-balanced trade packages with these two shiny stars of then and now. And just when I thought things had reached their breaking point...here came the Kellogg's!

Hard to believe an otherwise lackluster fourth-place finish could result in something as top-notch as these. 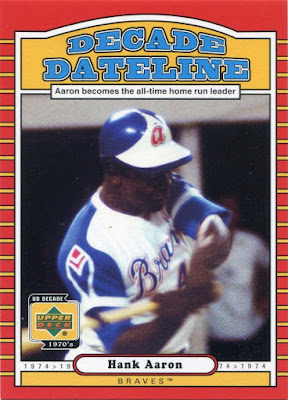 We'll close with Hank Aaron, a man who (for what it's worth) is fourth all-time in career runs scored, but mostly made his living at the tops of baseball leaderboards.

No set captures what (I imagine) the '70s were like better than 2001 UD Decade. And while I opened packs and packs of these as a young collector, I'm still shocked to find there's still cards from the checklist I still need, including this tribute to arguably the most iconic moment of the 1970s.

Few remember those who finished in fourth place. It's not a spot people usually equate with success. I doubt there's never been a We're Number Four! chant in the history of recorded sports. But Julie's contest has shown me that, against all odds, there can still be pride and glory in finishing fourth.


In the midst of it all, fourth place is fine with me.
Posted by Nick at 7:00 PM

Fine winnings. I particularly like the die cut fire. And I think Obak was one of the most interesting products out there for it's short run.

Love 2001 UD Decade. One of my favorite products in the past 20 years. I've busted a few boxes of that stuff... and collation was terrible. But the checklist and design are fantastic. Congratulations on getting some 4th place cardboard winnings!

Congrats on finishing fourth! That Rice card is sweet!