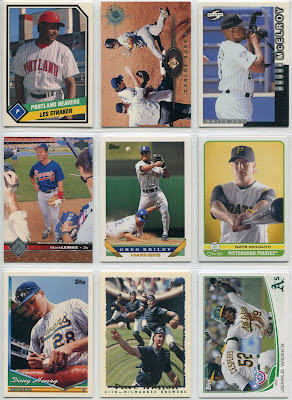 This little project of mine has been a ton of fun thus far. Thanks to a few trade packages that recently arrived on my doorstep, I've already had to make a few tough decisions on whether or not certain cards make the cut.

Such competition is what I like to call a "frankenset war", although I'll be elaborating a little further on those in a future post.

For now, I've decided to try and tackle at least one of these posts per week on the blog. Tonight, we'll be taking a look at the second page in what will become my frankenset binder, once I can get my hands on some more pages.

Numbers needed: None. (Although future "upgrades" are never out of the question.) 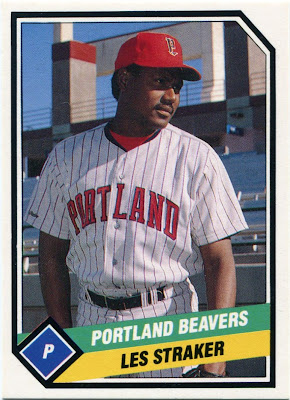 I'm having a hard time finding any specific info on this one.

The "bio" I just listed is my best guess on what exactly we have here. All I know is that it has a #10 on the back, which is good enough for me.

So, just why did this seemingly ordinary minor league issue make the cut?

Because of the team name, of course. Call me immature, but I still can't believe there was ever a professional club called the Beavers. 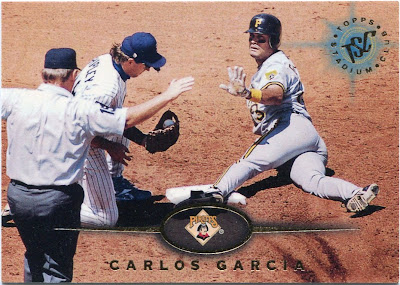 From what I've seen, the hallowed baserunner/fielder/umpire combo always seems to make for nice cardboard. 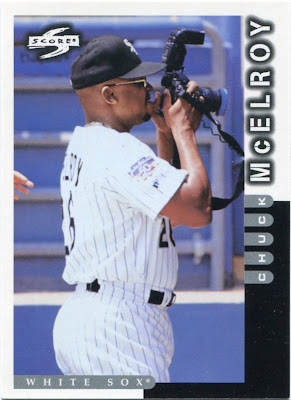 I've always had an unexplained weakness for these "behind the camera" shots.

As one of the newer additions to my frankenset, Mr. McElroy was part of the terrific flea market pickup that my mom scoped out a few weeks ago. 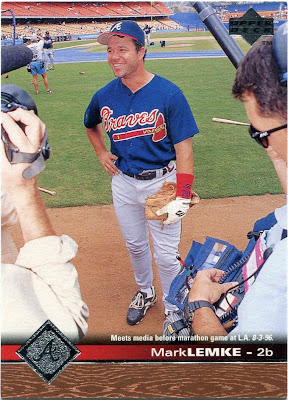 I don't know if "interview card" is enough to describe this one.

As the front notes, it's more like a full-on "media" shot. One that features a rather pleasing Dodger Stadium shot, I might add.

Thanks to a nice nugget of information on the back, it should be said that Lemke went on to play an 18-inning contest against the Dodgers after this shot was taken.

Such a great factoid makes me love this piece all the more. 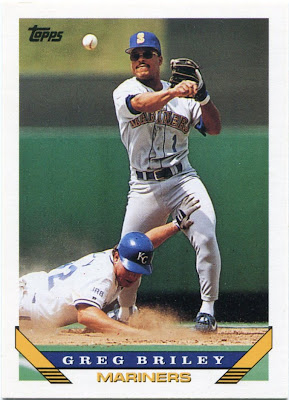 And, although I didn't notice it until just now, it sure looks like that Royals baserunner is copping a feel of Briley's thigh. 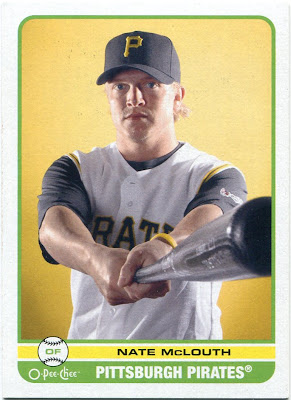 Because of the bat barrel, of course!

In my brief frankenset travels thus far, I've noticed that "bat barrel" shots were quite common in the '09 OPC checklist.

As if I needed another reason to love an already-terrific brand. 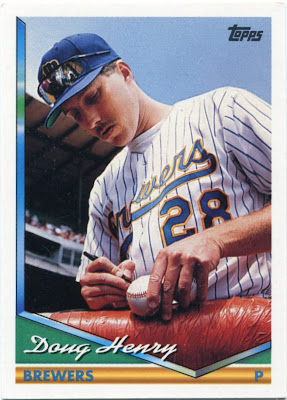 As you'll see in upcoming posts, these are quite a common theme with this frankenset. 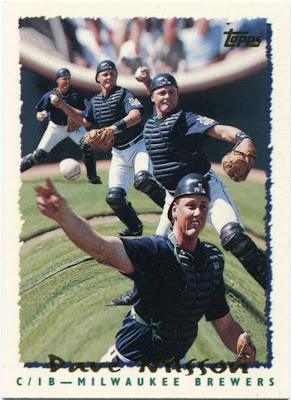 This particular page is doing a superb job of featuring my many different mini-collections.

Mr. Nilsson here is the subject of one of my all-time favorite "multiple exposure" shots. I've found that '95 Topps had quite the psychedelic take on these types of awesome multi-image issues. 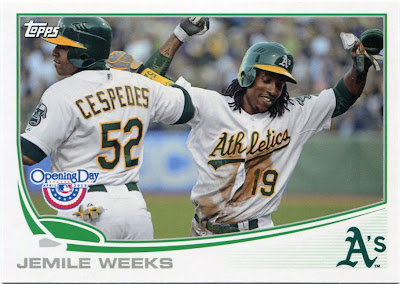 Topps has featured some terrific photography in its Flagship and Opening Day releases thus far. This one of the younger Weeks brother continues the trend.

Plus, it features a cameo from one of my rising favorites in today's game with Mr. Cespedes.

This fun little frankenset quest has opened me up to yet another newfound victory amongst collectors.

I now know just how awesome it feels to have a completed page on my hands.
Posted by Nick at 7:37 PM

The briley is cool also because he was primarily an outfielder.

I'm only up to 2013 on your blog and it's taught me to see the entire spectrum of fun in collecting. Gonna read these til I'm caught up.

Leave it to Beaver.