I threw a costume party for my baseball cards 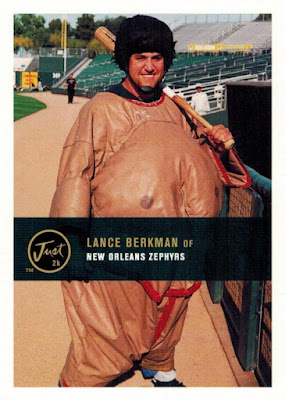 I've never been a big Halloween nut, but I decided to throw a costume party for my baseball cards this year. 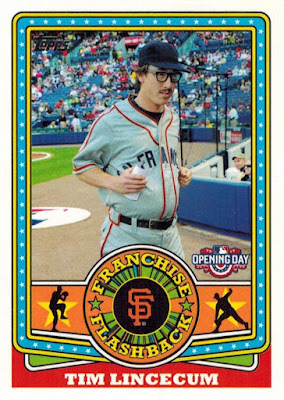 Thankfully, a few big names decided to put in an appearance -- no one was sure why Lance Berkman dressed up in a giant sumo suit, or why Tim Lincecum came as Woody Allen, but they got the party started regardless. 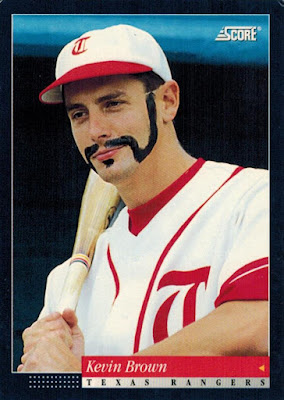 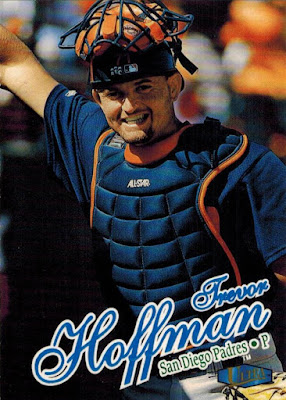 Trevor Hoffman dressed up as a catcher, for some reason. 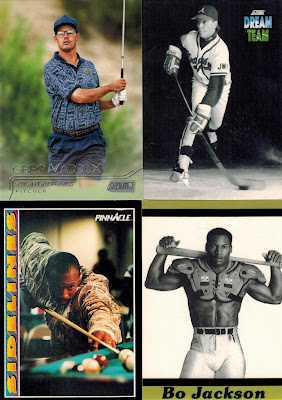 Some guys, however, were just sick and tired of dressing up as ballplayers every day, and wanted to extend the olive branch to other sports. 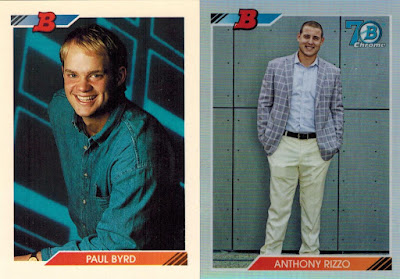 Other greats, both past and present, tried to go with a couple leisurely costumes, but it just didn't work out. 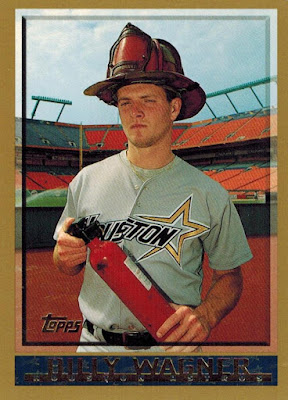 Billy Wagner was a fireman, and apparently none too thrilled about it. 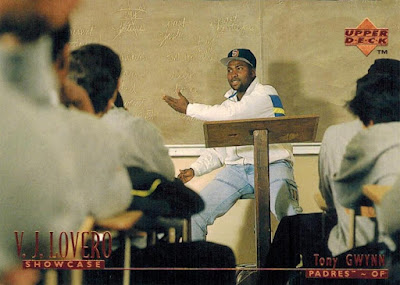 Tony Gwynn just sat at a desk lecturing everyone about past participles and gerunds. 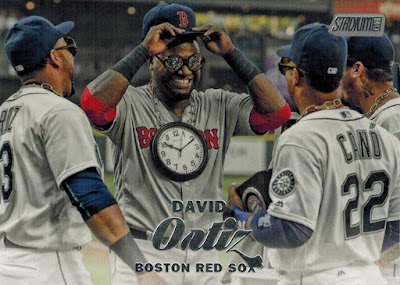 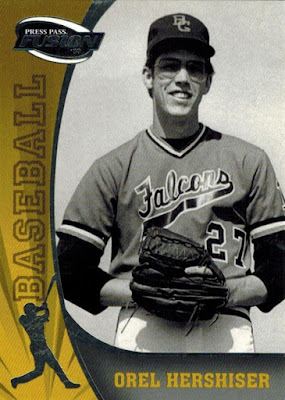 Everyone thought Orel Hershiser was supposed to be Gilbert from Revenge of the Nerds, but turns out that wasn't a costume -- he didn't even know there was a party going on. 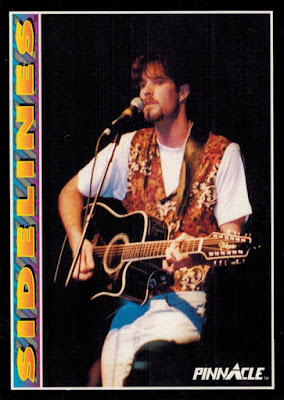 Then, of course, some dude in a vest showed up with an acoustic guitar -- he looked a lot like Jack McDowell -- guess there's one at every party... 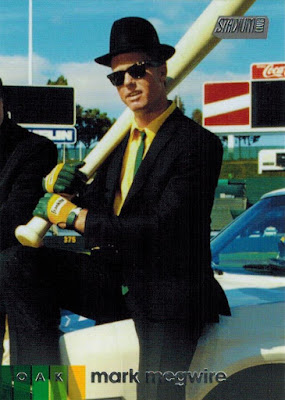 Not sure if Big Mac was dressing up as Jake or Elwood Blues, but he seems more like a Jake to me, for some reason. 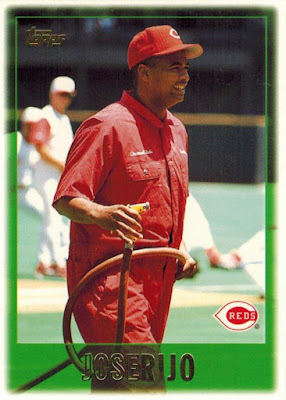 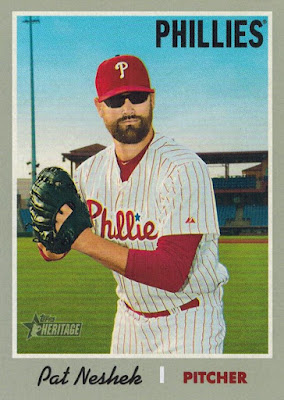 But I think the simplest costume was the one that won everyone over -- while others spent a fortune on their Halloween garb, all Pat Neshek needed was the shades to become Lowell Palmer (of course), and he's never looked cooler.
So who won the Halloween costume contest? I'm not sure, but everyone said the party was a big hit, and word is they're already looking forward to having another one next year -- albeit without the dude with the acoustic guitar.
(A very happy early Halloween to you all!)
Posted by Nick at 5:30 PM

Great idea!... never saw a lot of these!

Fun idea, Nick! Neshek's card is spectacular (spooktacular?) but my fave is probably Lincecum. He is nearly unrecognizable.

Gotta vote for McGwire as a Blues Brother.

Though I think Mo looks like a Miami Vice drug kingpin in this one.

Best compliment I can think of is "Man, I wish I'd thought of this!" :-D

Back of Matt Williams's 1992 Upper Deck has him impersonating Babe Ruth.

Nick:
Glad to hear you got my package through Mr.Night Owls blog hope that I was able to find a few things off your list for you.

Do you think Neshek was really trying to do a Lowell Palmer, or is that just a coincidence...?

Great post, but upon seeing the title I really was hoping for some paper dolls.

FWIW Neshek's shades are photoshopped in and it's absolutely on purpose. https://www.beckett.com/news/the-2019-topps-heritage-pat-neshek-is-more-than-an-homage-its-personal/

Awesome post, I'd never seen that Trevor Hoffman catcher card before. The Gwynn lecture would be better than half my college classes, and I lol'ed at the Papi and Hershiser "costume" comments.

Best Halloween post I've ever read. These are some awesome cards. I've gotta check my binder and make sure I have a copy of that Gwynn.

I like silly cards and some of these are new to me. I think I like the McGwire the best, maybe the Lincecum too.

I swear I have that Kevin Brown card, but I can't find it. It's driving me crazy!