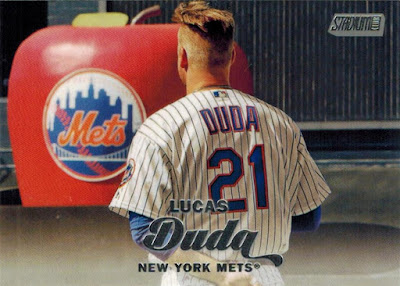 For better or worse, this page didn't have any of the four-way tie drama of the one that came before it.

Lucas Duda earned the crown from last week's group fairly easily, taking 12 of the 31 total votes en route to the win. No other card received more than five tallies, though all of them did earn at least one, which I always like to see.

But in the end, I think the right card won, so let's welcome Mr. Duda and the big apple into the Gallery of Frankenset Champions. 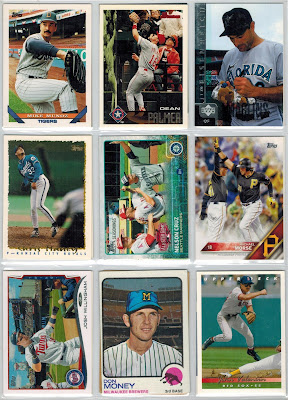 We're back with another higher-numbered group here tonight -- as per the Random Number Generator, Page 43 (#s 379-387) is up for grabs this week. 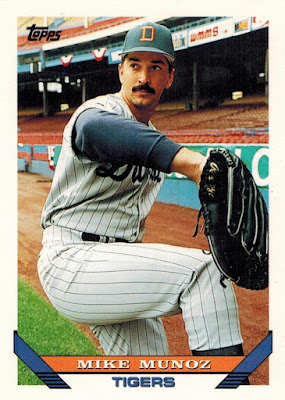 A pose and retro jersey worthy of vintage Topps. 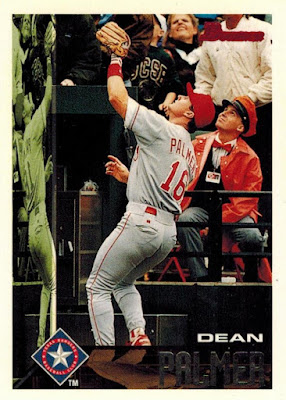 I highly doubt this one makes the frankenset without the bright-orange outfit on that usher (or at least I hope he's an usher). 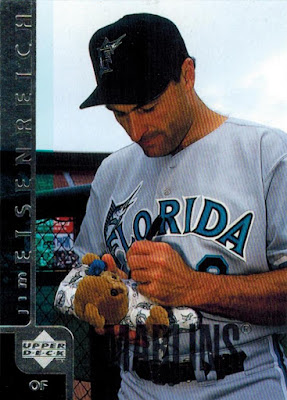 The one and only card I own of a dude autographing a teddy bear. 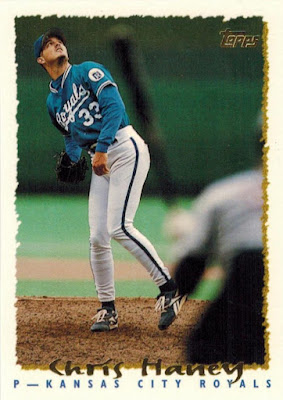 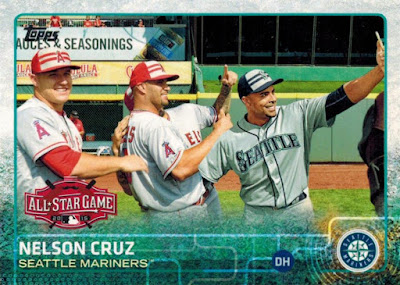 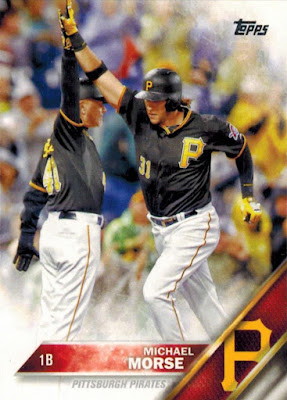 What was originally a ho-hum frankenset nominee became a lot more interesting when I just today learned that Mike Morse hit exactly one home run as a Pirate -- could this be a glimpse from that watershed event? 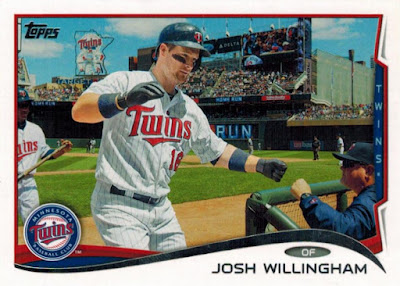 For a reverse-angle look at this moment, check out the scoreboard on this very same card! 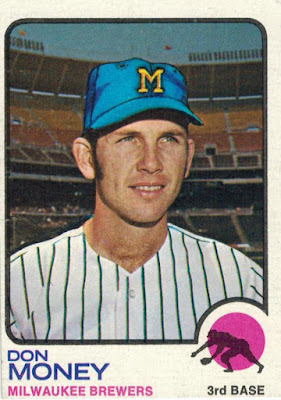 Today in the World of Garish Airbrushing. 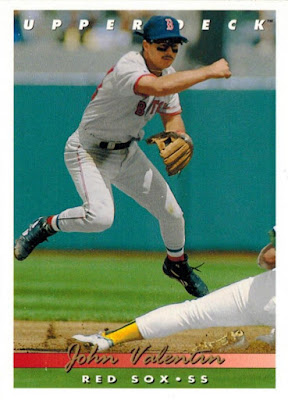 We close with an excellent double dip from the frankenset-friendly '93 Upper Deck checklist.

As much as I'm no fan of selfies..that's one unique card!

The bow-tie on the usher won me over.

Any baseball card featuring a signed teddy bear has to be a winner.

Nick, could you shoot me an email with your mailing address? I've tried getting in contact with you but my emails must not be going through. I had set aside some cards from your want list awhile back and I'd like to get them out to you. Thanks!

Dean Palmer for me. Nice photo and like the guy sitting their so calmly looking up.

Nelson Cruz gets the win here, not only for featuring 2 future Hall of Famers, but also for matching up so well with Hector Santiago's 2015 Topps Update All-Star card.

I'm not a big fan of the 1995 Topps design... but if it contains great photos like the Haney... I'd look into picking up a set. I was gonna go with that card, but I ended up voting for Valentin. 1993 Upper Deck is far from being underrated. That set receives a ton of hobby love... and rightfully so.

I was just looking through my 1995 Topps and saw that Haney card. I immediately thought about the dime box frankenset and putting it in my own version of your frankenset.