Right in front of my face 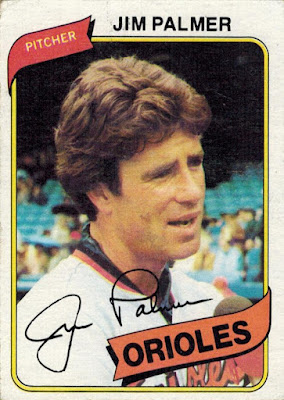 One of the many things I truly appreciate about this hobby is that no matter how long you've been collecting or how many cards you have, there'll always, always be something new to discover.

A fine example came from a recent trade I swung with Bo of the excellent "Baseball Cards Come to Life!" blog, a swap that saw Bo send along this '80 Topps Jim Palmer...which immediately went into my extras box because I've owned a copy of it since my youth. But just by chance, I happened to give it a second glance before sending it to the neverland of dupes. And then I noticed something: HEY, that's a microphone! Jim Palmer's being interviewed! I COLLECT GUYS BEING INTERVIEWED!

And that's how I learned something new about a card I'd owned for darn near two decades now -- a mini-collection hit I never knew I had to begin with. 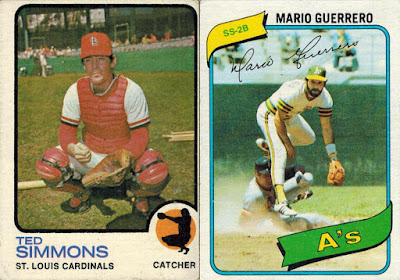 I don't know what I enjoy more -- discovering new things about cards I've had for years, or discovering just plain great cards I never knew about in the first place.

Either way, it's a whole lot of fun, and if the Palmer and Guerrero are any indication (the latter of which I somehow hadn't seen before this package), maybe I'm not as familiar with 1980 Topps as I thought I was. 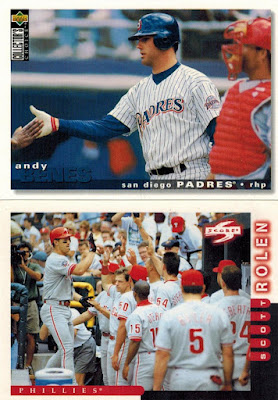 This trade was born out of the fact that Bo had a copy of that '95 Collector's Choice Andy Ashby, a card that'd been bugging the hell out of me since I'd had the silver signature parallel of it in my frankenset (pitcher at the plate!) without the standard base version.

Bo took care of that and added an extra cherry on top with that nifty Rolen from '98 Score -- another set I (wrongly) thought I'd long since mined all the goodies from. 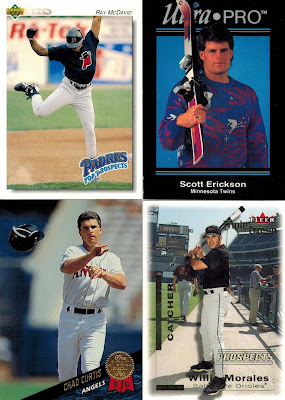 As I think many of you know, the discoveries are endless when you trade with Bo. 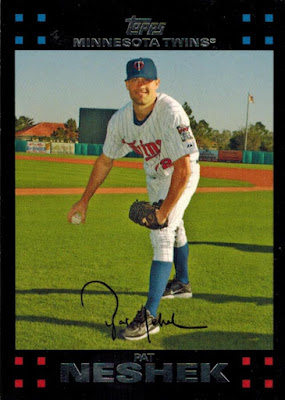 Deciding to collect a guy relatively late in his career can be somewhat stressful since you end up missing and/or not caring about a whole lot of cards issued of said player in years past.

As was the case with this Pat Neshek from Bo -- a former Dime Box Dozen need -- that took me twelve whole years to secure since I wasn't collecting him back in 2007. 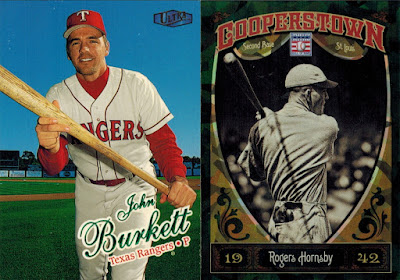 I was also lucky enough to partake in a rare in-person trade with Jeff of the dormant (but hopefully not defunct!) "2x3 Heroes" blog at a card show we both attended earlier this year.

The Hornsby is just plain spectacular (I still miss Panini Cooperstown), and the Burkett, like the aforementioned Ashby, was a card I'd had a parallel of in the frankenset WITHOUT THE GOSH DARN BASE CARD (can you tell how annoyed that makes me?). 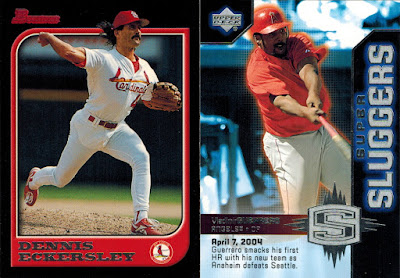 A couple new player collection hits from Jeff, including Eck as a Cardinal which never quite looks right to me for some reason. 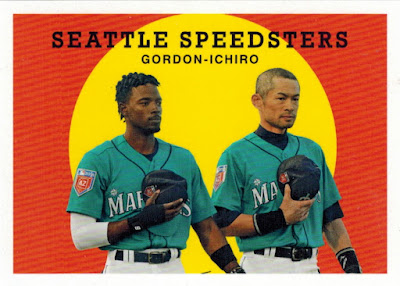 It floors me when a current card takes me by surprise since, between the blogs and Twitter and what have you, I'm privy to literally hundreds of people opening new product and showing that product on the net.

But despite all that -- and despite all the 2018 Archives I myself purchased -- I had yet to once see this magnificent specimen until Jeff surprised me with it. It's Ichiro, it's a mini-collection hit, and it's a riff on one of my favorite Topps subset designs ever. And even with the flurry of images in our technological age, I had no idea it existed until almost a year after the fact.

I can go hunting and digging through the most obscure dime boxes in the world, but the hard but fun truth is that I'll always be missing something great, blind to the beauty sitting right in front of my face.
Posted by Nick at 6:17 PM

The top of that microphone looks like a dirty tennis ball.

Thanks for another great trade!

Whoever photographed the A's for the 1980 set did a great job. The Henderson is an iconic card... but that Guerrero is even better in regards to action.