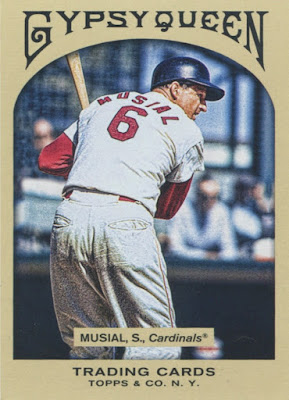 I don't remember many specifics about that evening in general. It was probably cold (as Decembers in Chicago usually are). Perhaps there was a light snowfall outside. A TV might've been on in the next room. It was, in short, a night like pretty much all other nights.

The most vivid memory I have about the evening of December 7th, 2011, was spending about an hour trying to decide on what I should call this blog of mine. At some point, the name "Dime Boxes" came to me and stuck, largely because dime boxes were (and still are) representative of so much of the intrigue and joy I'd gotten out of this crazy little hobby.

I do know that the decision to launch "Dime Boxes" didn't seem like a monumental one at the time -- it was something, at most, I figured I'd tinker with for a month or two after having discovered baseball card blogs earlier in 2011 (I wasn't even 100 percent sure what a blog consisted of at the time, if I'm being honest).

But now, six years later, there's little doubting the impact this blog has had on my card collection and my life as a whole. Year Five saw me come to grips with being a more sporadic blogger than I'd been in the past. But it also showed me just how much I need this blog to exist, and how much I need to write for it, however infrequently that may be. It's given me a voice I never thought I had -- or thought I wanted to have, for that matter.

Blogging has, over the span of the last six years, become as much a part of me as the cards themselves. And whether you've been here since the beginning or just discovered my blog yesterday, I thank you, the readers, for reading, commenting, and just generally being a part of the "Dime Boxes" experience. It's been a blast.

Yours was one of the very first baseball card blogs that I discovered and your writing inspired me to give this whole thing a whirl myself. Thank you for the insight, entertainment, and for letting us live vicariously through your epic dime box digs!

Here’s to another 6 Nick, congrats!

I knew your anniversary wasn't far behind mine! It doesn't seem like 6 years for either of us, but here we are. Congratulations, looking forward to what you've got to share with us in 2018!

Nick, I still remember replying to you when you asked for comments on the Bench asking what people thought of your blog.

I loved it then, still love it now.

Welcome to year 7! Looking forward to more posts and more trades with you my friend.

A sincere "thank you" for continuing your blog. It was the third one I read after finding the Night Owl and Off Hiatus. I don't always comment but never miss a post. Congratulations for six years and here's to number seven! Looking forward seeing to your new treasures, all for a dime - or less!

Now you gotta write some kind of baseball book!!

Congrats on 6 years of writing this!

Always a favorite! Hoping for many more years to come.

Hooray for Nick! I echo Tony's sentiments--yours was one of the first blogs I discovered and was an inspiration for mine. I hope you blog for many years to come.

Congratulations on your 6th blogiversary

Congrats on your blogiversary! Your insights and writing have improved from year to year, and I look forward to many more years of blogging!

You don't look a day over 5! Congrats

Happy anniversary! I have enjoyed reading your posts!

Congrats on 6 years Nick. I thoroughly enjoy reading your posts, especially when you did the frankenset tournament.

Happy Blogiversary!
I keep a record of everyone I trade with... there's BWTP, ZZ (Zippy Zappy), JBF, DefGav, and the list goes on... in my file you're listed as Dimebox Nick. Just thought you should know the blog title is sooooo you that I turned it into my nickname for you. :)

I've enjoyed the last 4.5 years reading your blog. It is after all what led me to start my own. Thank Nick!