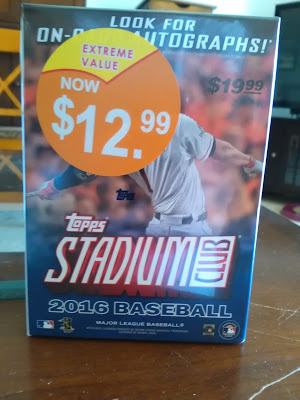 I've heard rumblings of 2017 Topps Archives being on the shelves, so I naturally took a walk to Target this afternoon.

Sadly, there was no Archives to be seen, a disappointing development since I'm looking forward to it more than perhaps any other set this year. There was, however, a nice consolation prize: a discounted, $12.99 blaster of 2016 Stadium Club in the Extreme Value bin. (EXTREME!!!!)

This was a shocking development because a) my Target rarely has discounted blasters, and b) when they do, they're usually something along the lines of NASCAR or college football. Because of the sheer shock value of it all, I decided to grab the eight-pack blaster of Stadium Club despite the fact that there aren't a ton of cards left from the set that I need.

Nevertheless, I figured the chance to open some packs and maybe acquire a handful of new cards for the binders (and perhaps some frankenset nominees) was worth the trimmed price tag. In other words, yes, I fell for the typical retail discount scheme.

So let's see how I fared, shall we? 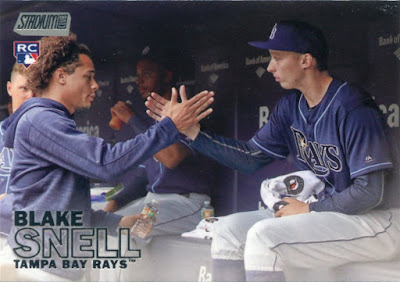 Right off the bat, we have a fun, frankenset-worthy card in the form of a Blake Snell-Chris Archer pregame handshake. 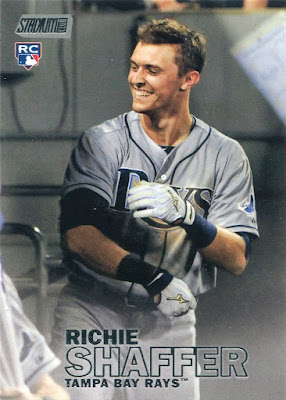 Another frankenset-eligible Rays rookie bookends the first pack of the blaster.

This image features Shaffer doling out invisible handshakes and hugs after his teammates gave him the silent treatment following his first MLB homer, a joyous moment I remember watching live. 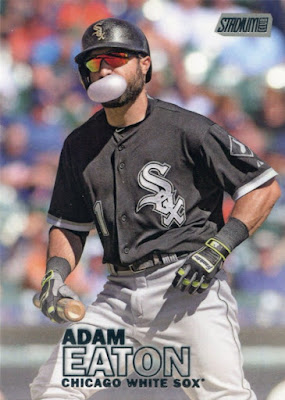 No needed cards in this pack, though Adam Eaton's bubble deserves some praise. 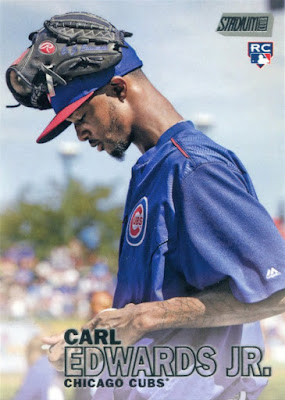 Edwards isn't a binder guy for me (yet), but this glove-on-the-head autograph shot is sure to warrant strong consideration for the frankenset. 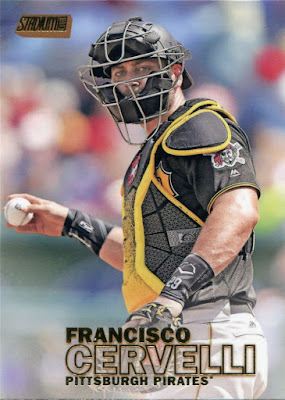 Not much to say about this yawner of a pack other than the fact that, thanks to my bilingual mom, I learned that Cervelli means "brains" in Italian. 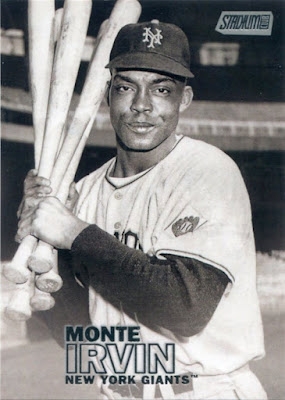 I already had this one, but it's a great example of a black-and-white photo done right in Stadium Club. 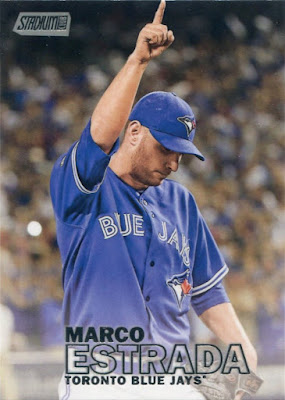 Estrada knows he's in line for a run at the frankenset. 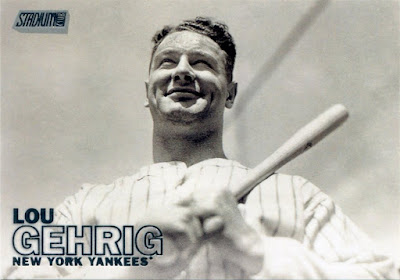 After a largely disappointing start to the blaster, out comes this heroic shot of the Iron Horse, a card I've tried and failed to capture since this set hit the shelves nearly a year ago. 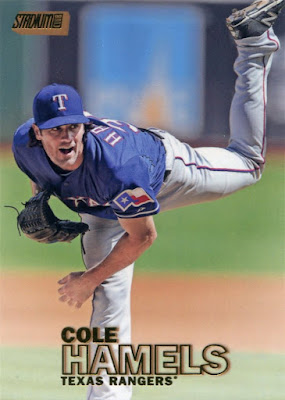 My third and final gold parallel of the blaster, and the only one of the trio I needed for my binders. 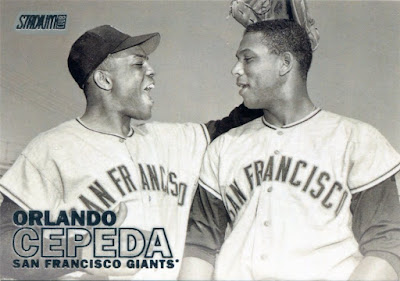 I didn't need/already had any/all of the cards in this pack, but here's one of my favorites from the set that just missed making an appearance in my annual Top Ten Stadium Club post from 2016. 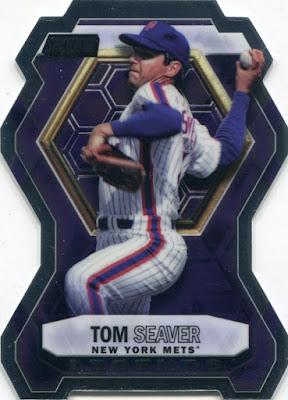 My one and only insert of the blaster.

This beauty is the 202nd(!) different card I own of Tom Seaver as a Met, a number I didn't quite believe was accurate until I went back and counted again. 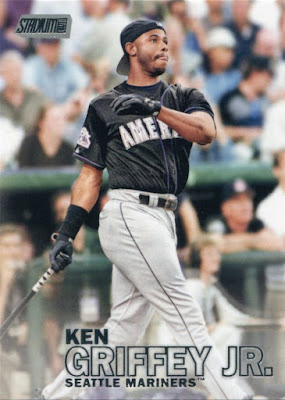 Though this blaster was filled with doubles and spares, I needed the last card of the lot, a gem of Junior taking a mighty hack in the Home Run Derby.

And that just about does it for this tale of discounted retail. Stadium Club may not have provided the joy and fun of Archives, but it did the trick.

Still, I'll leave it up to you to decide whether or not this blaster lived up to its promise of EXTREME VALUE.
Posted by Nick at 6:11 PM

The Monte Irvin is one of my fave cards from this particular Club issue and Gehrig is hard to beat. Certainly not extreme, I'm glad you didn't pay full price!

Lol... I'm very familiar with those NASCAR discounted blasters. That's all I ever see. Congratulations on finding this one. I'd be all over it too.

Cervelli has a very interesting background being Italian but growing up in Venezuela.

Great cards with the Edwards Jr. card being my favorite. I also liked the black and white photos. I also enjoyed this set and wouldn't mind finding a discounted blaster myself. Great post. Thanks.

I'll have to pick that Griffey up for my Frankenset. First time I've seen that one on the blogs!