Things I want, and things I need 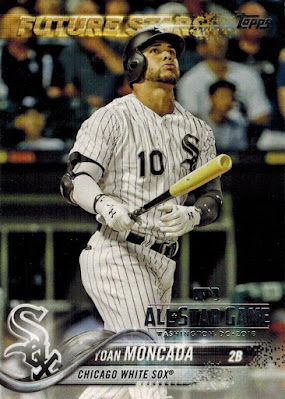 The way I see it, the  my collecting brain is fighting an eternal battle -- there's the unhinged side willing to chase anything and everything I even remotely want, and the more sensible side that's begging me to settle down and just go after the cards I really need.
The fact that I currently have over 90 binders of baseball cards scattered around my room should tell you which side of my brain usually wins out. True, the prospect of chasing cards I need, and only cards I need, is a bit irrational to me, and doesn't sound very fun -- I'd end up adding like five cards to my collection a year. But I admit I can get carried away on the other end of the spectrum, gobbling up anything that catches my eye without really questioning how important said cards are to my collection outside of that pure I WANT! feeling.
I often wonder what the want-need ratio is for an average collector, and if mine is as outrageous as I think it is. Most collections, I imagine, are scattered with wants around a small treasure trove of needs. And despite what it may look like around here sometimes, I think I've gotten a better handle on cutting down the ratio a bit over the years. At least sometimes.
I've still got a long ways to go, and I think a good example of that is admitting I claimed the above Yoan Moncada -- a glorified base card with a little All-Star stamp thingy -- via a Free Card Friday offering from Jay of "Card Hemorrhage" a while back, and chalk up another win for the want side of my brain, because there's absolutely no reason I needed this card. 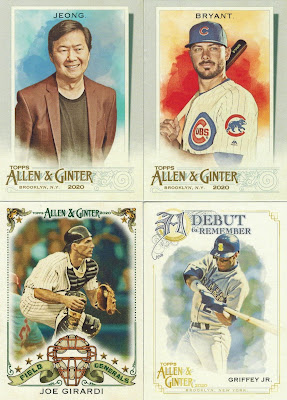 In addition to the Moncada, Jay's sent a bunch other things via a few different packages and envelopes recently that toed the line between want vs. need.
I actually received these from Jay before I'd opened a single pack of 2020 A&G -- at the very least, I have Jay to blame for opening up another Pandora's box of needs, because I went out and bought that complete "Field Generals" insert not long after, mostly because of how much I loved that Girardi. 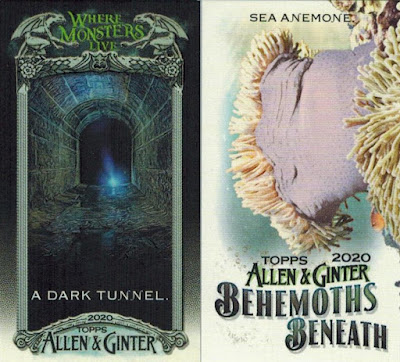 A&G's always good for a couple of those weird insert sets that I don't really seek out, but end up keeping all the ones I stumble upon -- like these two strange minis I'm not quite sure what to do with. 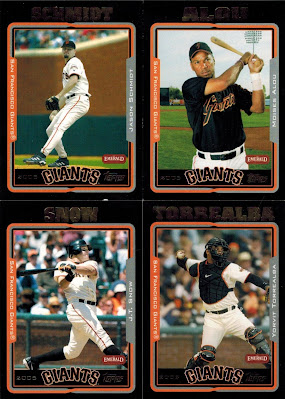 Now we're definitely into need territory -- I'll always be a sucker for regional oddball releases, especially if said region is nowhere near where I live.
I have Jay to thank for adding the first of these west coast, Giants-centric Emerald Nuts oddities to my binders, and now I'm floored by how much better 2005 Topps would've looked with black borders. 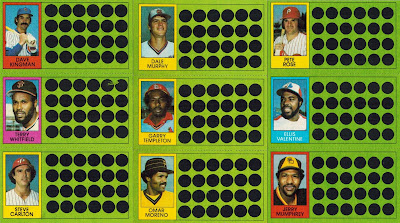 I unearthed a minor goldmine of these '81 Topps Scratch-Offs at the flea market last year, which I thought took care of everything I could ever possibly need from this set.
Apparently not, because by some stroke of luck, Jay thought to send me a few more of these panels -- I was shocked to discover a couple I didn't already have (namely Rose and Carlton) and thus needed...yes, needed. 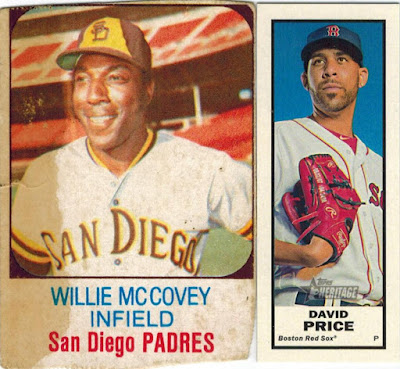 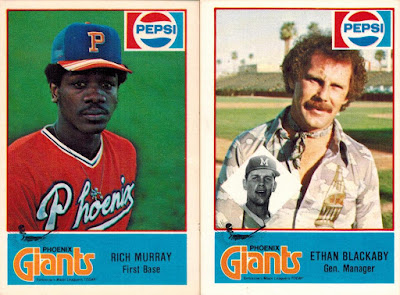 By now, you may have noticed my dilemma -- I love so many different parts of this hobby, and collect so many different things, that in the end a vast island of cards are worthy of being catapulted into needs.
Minor league cards are always needs, especially ones that feature one-time general managers in horribly loud shirts and scarves. 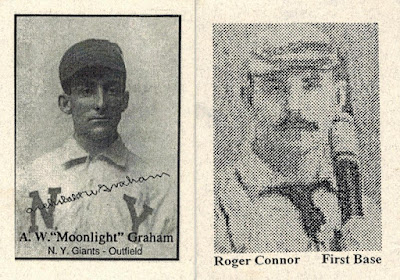 Here's a couple cards from Jay I didn't know I needed, mostly because I can barely find any shreds of information on them.
I do know that's my first card of any kind of Archibald "Moonlight" Graham, which is kinda shocking given the unlikely legend he's become thanks to Field of Dreams. 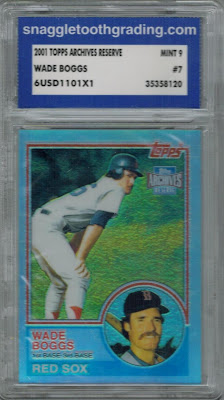 But then there's this weird third category: cards I neither want nor need, but still keep around for some reason.
My feelings on graded cards are generally known, and I already had an ungraded copy of this particular Wade Boggs sitting in my Red Sox binder, but still I hung onto this odd slabbed one Jay sent me -- it's sitting in the box of oversized and/or miscellaneous stuff I own right now. Why? Good question...I'm thinking it might have something to do with the absurdity of a company called "Snaggletooth Grading," or the knowledge that otherwise ordinary cards like these even get graded in the first place, but either way it's in my collection, and here to stay. For some reason. I don't know.
No one ever said this was a rational hobby, and there's a certain relief in simply submitting to that, but man I wish the I WANT!!! side of my brain would just shut up sometimes.
Posted by Nick at 5:30 PM

Those black border giant cards do look nice, and seeing eddie murray' s brother on a card makes me smile.

Snaggletooth grading is hilarious!! Cool piece of the collection, even if it isn't really a need.

McCovey as a Padre. Good stuff.

As long as you don't need EVERYTHING ..want whatever you want! Haha!

Been there. Five years ago I dumped a bunch of my mini collections (I still have to many in the works). One day I supposed my fancy with them will be gone and those too will be dumped. I just started tearing apart my "same name" collection. Hey, that is what we do.

I often have the same dilemma, especially when buying cards online or at a show (if shows will even happen again). I'm always more searching for cool things I want instead of cards I actually need (like 84 Topps or 02 UD Vintage). It's more along the fact of stumbling across something I didn't know I wanted until I actually see it and then it's like "I need this!"

I think I'm probably more like 90% want/10% need. I'm not much of a team collector; I just get Yankees that I like. Of course, I want a much higher percentage of Yankees than of other teams. But really the only thing that I can think of that I really "need" is 1959 Topps.

But then maybe I'm just looking at it the wrong way. I'm not sure.

Nice bunch of Giants oddballs in this post. I've managed to not get suckered into the Emerald Nuts sets but they're very nice and go super deep into the bench which is awesome.

The Snaggletooth Grading thing....I really don’t get it. I ordered some Topps Archives cards online but didn’t realize they were going to come all sealed up like that and graded. Totally baffling. They have made their way out of my house in various trades. Glad you enjoyed this batch!

The Want-Need ratio is an excellent topic to consider as a collector. At some point, freeform collecting leads to storage issues like the one you have (90 binders?!?!?) and we have to ask ourselves what to prioritize. I'm doing a little bit of purging myself at the moment.

Those minor league issues and the Giants Emerald Nuts cards are fantastic. The Dark Tunnel is intriguing, too. Roger Connor has very few cards for a HOFer; Moonlight might have more than him!