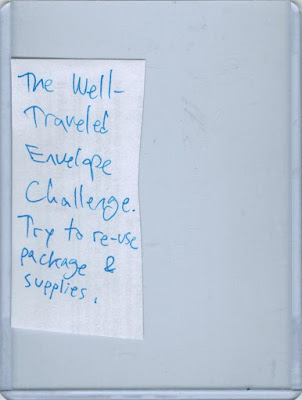 I don't know if I'm in the minority, in that I've never once bought shipping supplies in my life.

I have several large plastic bags full of penny sleeves and toploaders sitting in my closet right now, mostly accumulated from card shows, trades, etc. It's probably enough to last an infinitude of lifetimes considering I almost never use them for my own cards. Bubble mailers are a similar story -- I reuse the bubble mailers I receive since a) it seems like the sane thing to do, and b) have you ever seen how much new mailers cost? It's crazy.

So when Adam of the dormant (but hopefully not defunct!) "Cardboard Clubhouse" blog contacted me to see if I'd be interested in partaking in the Well-Traveled Envelope Challenge, I gleefully accepted -- but in reality, the "challenge" isn't anything out of the ordinary of my own trading habits. 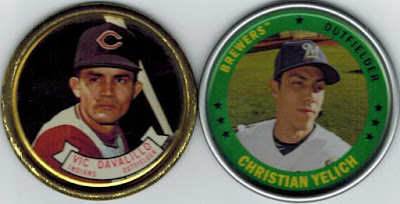 The concept here is that the same supplies (bubble mailer, toploaders, team bags, etc.) get reused over and over again as the Well-Traveled Envelope takes its journeys across a universe of bloggers.

I'm glad Adam thought of me -- despite the fact that it took a long time to post the contents of his package, and that it took way longer than it should have for me to send the Envelope to its next destination (I've been a bad blogger lately).

Coins, for me, are in that weird middle ground of collecting: I don't have much interest in them, but I also have a hard time letting them go when it comes to putting packages together...I'm not sure why. 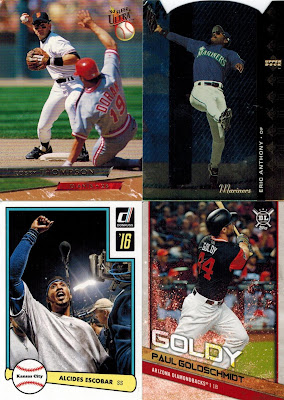 I don't know if it's just my imagination, but a lot of blogs I once read (Adam's included) seem to be on hiatus -- I hope it's a short-lived trend.

And while Adam may be on blogging sabbatical, it doesn't take anything away from his longtime ability to find mini-collection hits and just generally fun cards I need. 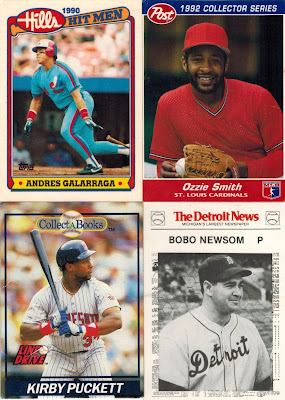 Not sure if I've ever mentioned this before, but I really like oddballs. 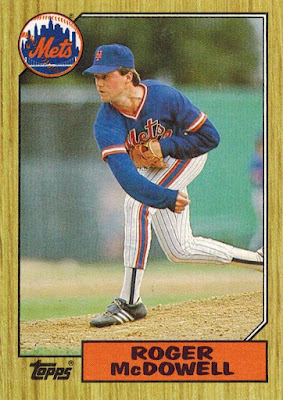 Some of my player collections are sloppier than others: case in point, I somehow still needed this obscenely common base card from '87 Topps for my Roger McDowell collection.

The shock of it led to the '87 McDowell (insert Seinfeld reference here) being placed on my Dime Box Dozen list, and luckily it didn't stay there long -- a reader named Jeff contacted me a while ago saying he had a copy for me. 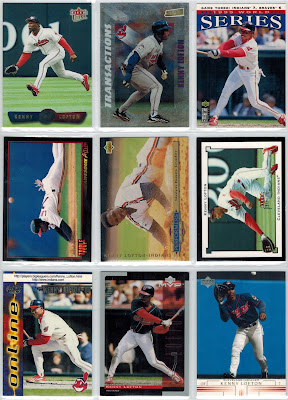 That's not to say my more long-term player collections are anything resembling complete, though.

I've been collecting Kenny Lofton for as long as I can remember, but there's still a whole galaxy full of his cards I still need out there, including this Loftonesque page from Jeff (the Collector's Choice single at the center was also another Dime Box Dozen need). 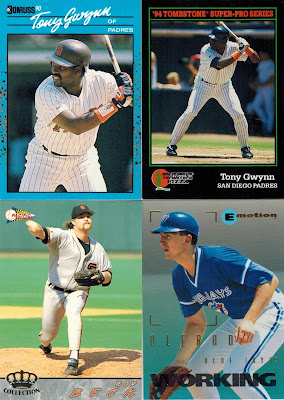 More fairly obvious needs for some of my bigger player collections. 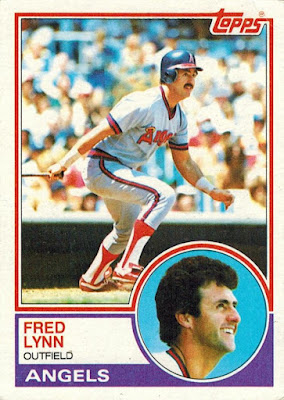 A good portion of my Dime Box Dozen needs are the result of me deciding to collect a new player and realizing I'm missing painfully easy cards of said player.

I recently decided to start collecting Fred Lynn with (not sure what took me so long), and soon found I didn't have this common '83 Topps single you've probably seen a hundred times -- thankfully Jeff put that DBD need to bed, too. 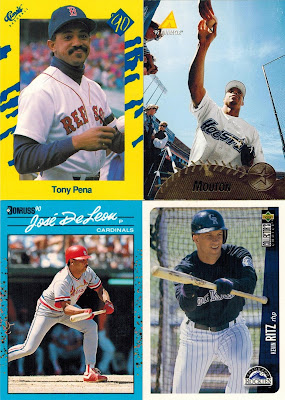 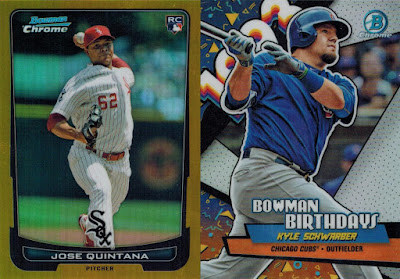 A couple hometown heroes here from Jeff, including a Jose Quintana gold refractor rookie I never once dreamed of adding to my throwback mini-collection. 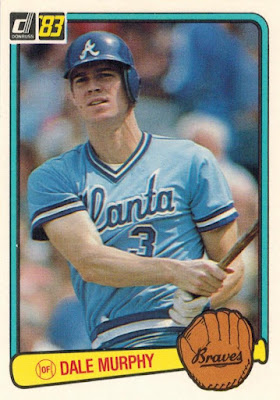 And here it is: count 'em, a fourth Dime Box Dozen need from Jeff.

This '83 Donruss Dale Murphy was on my DBD list for many of the same reasons as the McDowell and Lynn (newer player collection, common base card, etc.) with the added caveat that I actually owned a reprint of it without the base version. On the list of Collecting Pet Peeves, that's gotta be near the top, especially when you consider the card itself isn't anything that uncommon.

With a scatterbrained post comes a scatterbrained aftermath: right now I'm off to repair my Dime Box Dozen list and straighten the bag of penny sleeves toppling over in my closet right now.
Posted by Nick at 5:30 PM

I was wondering what became of the well traveled envelope! Glad you enjoyed it. Oh and also I'm kicking around ideas for my return to blogging once things settle down a bit more. Stay tuned :)

I was just thinking of this and beginning to worry that it would die out if Adam didn't come back to the blog. It's great to know that's not the case.

Also, I'm working on sending some cards your way but it's taken a bit longer to check your mini-collection wantlists. I'll have somethign for you soon.

The well-traveled envelope left my destination a couple of weeks ago and that person has posted the cards I sent, so hopefully it will be on its way to someone else soon.

So many great cards. That Murph is a classic. But I really liked the Goldy, Kirby, that blue Gwynn, and that Classic design is funky good. Fun post!

Happy to see the envelope is still traveling around! (And thanks for sending it out again.) Those oddballs are my favorites of the cards you received.

I don't think you ever told me about the Well Travelled Envelope thing..pretty cool!

Glad you enjoyed the cards. Thanks for the shout out!

I'm pretty sure there was a brief moment back in the 80's when I collected Fred Lynn. Don't remember any specifics... but I liked the entire Red Sox outfield of the late 70's.

Nice mix of cards here Nick! I've always loved that Fleer Ultra Robby Thompson. I'm with you as well on the "reprint pet-peeve" - I can see reprinting the "holy grails" of the industry (Mantle, Wagner, Ruth) but to reprint common base cards seems a bit silly to me. Keep up the great work Nick.

I still have a shiny obnoxious pink bubble envelope that I got from Julie of A Cracked Bat, I think that was supposed to do the same thing. Of course I don't see it sitting here now...