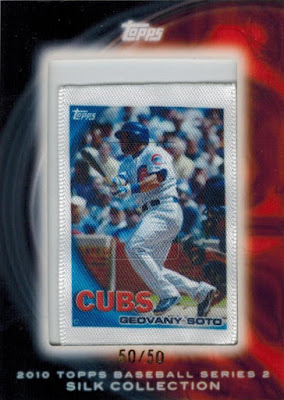 I often lament the perils of not having a card-collecting friend in my life, but sometimes I forget there's still a weird joy in talking about baseball cards with someone who doesn't know the first thing about our hobby.
I have a friend who's perfectly apathetic about sports and the cards that go with them, but still, to her immense credit, still listens whenever I babble away about the latest happenings with my collection. Once in a while I'll mention something that makes me remember a lesson that's so easy to forget: what's normal to us collectors might seem downright mad to someone else. And talking to someone so far outside the collecting bubble gives me a perspective that's all but impossible to get inside my own card-crazed mind.
Example: I can't for the life of me remember why I mentioned it, but a few weeks ago I told my friend I owned a baseball card made out of silk - and, looking back on it, her reaction was fairly predictable: they make baseball cards out of silk?! 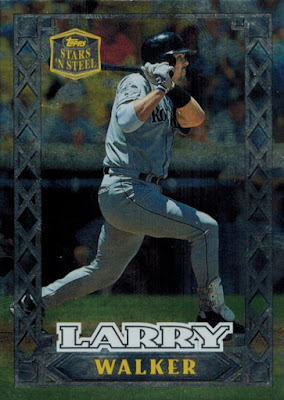 I'd imagine most people probably know what a baseball card looks and feels like, at least in a vague sense - so I can understand why mentioning this weird offshoot of silk cards all of a sudden would be a bit jarring, because a silk baseball card is kind of strange, no?
Little does my friend know that silk is only the beginning of all the strange materials cards have been cut from over the years, because there's been quite a few outside of your standard old cardboard. But until that conversation, I'd never gone back and tried to list out the different types of cards I've seen. At the very least, I figured it wouldn't hurt to round them all up in a single post.
My mind instantly went to the steel cards that popped up in a few '90s sets - and I don't know about you, but I always have to thwack these against my knuckle just to hear that oddly satisfying ping-ping sound. 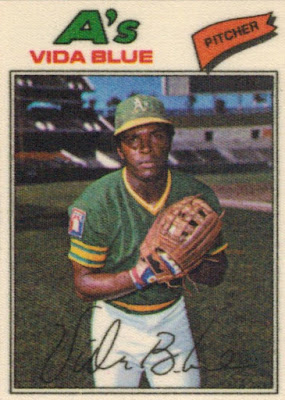 There's the famous '77 Topps cloth stickers of course, though I've never actually seen anyone use one of these as a sticker. 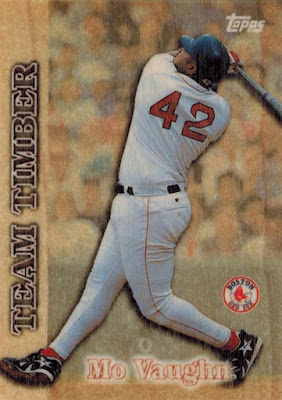 I know wood cards exist - I seem to recall there being some wildly scarce wood parallels in A&G that I'll never own in this lifetime.
I do, however, have a few cards that I think are made out of wood, though I can neither confirm nor deny their authenticity - and I'm not planning on throwing these into a bonfire to find out. 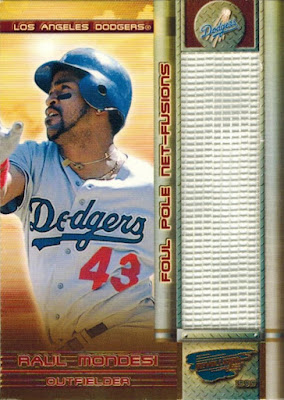 I'm cheating here a bit - this card isn't entirely made out of wire mesh, but it's such a weird add-on to a baseball card that I had to include it. 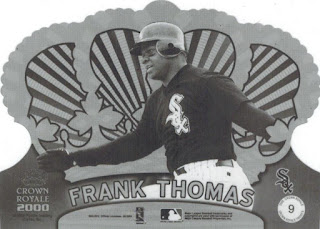 Here's a Big Hurt made out of acetate, and it's by far the flimsiest card you'll ever see - it seriously feels like it's gonna evaporate in my hands every time I touch it. 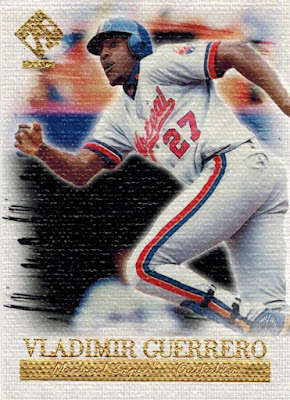 Baseball cards have seen their fair share of drawings and artwork plastered on them over the years, but this is the only card I own that's actually made out of canvas.
To the Louvre it goes. 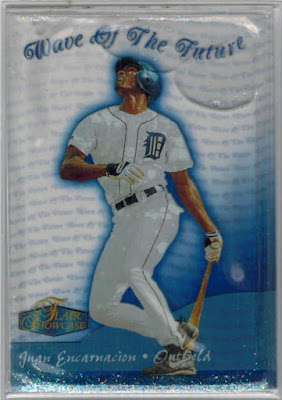 Best, weirdest, and wildest for last - a baseball card made out of water!
Okay: I think I remember hearing once that's actually vegetable oil I'm seeing around Juan Encarnacion, but a guy can still pretend, can't he? Either way it's a crazy addendum to the strange underbelly of card materials, where just about anything is fair game. Part of me can't help but wonder what else might not be far off: flannel baseball cards? Leather baseball cards? Neon baseball cards? Who knows. With silk and steel and wire mesh, it's already been a weird and glorious ride.
But heck, I'm sure my friend'll think a silk baseball card is downright normal when I show her a card with bubbles floating inside it.
Posted by Nick at 5:30 PM

Great post!.. and to think back in '77 the cloth cards were the be-all and end-all!

I think in ‘97 Stadium Club has an insert called Patent Leather that featured some slick glovemen and was made to feel like leather.

odd is usually a good thing, at least when it comes to baseball cards/trading pieces.

People used to make postcards out of leather, and that was over a hundred years ago, so it does seem kind of surprising to realize that we've never gotten any cards made from 'real' leather.

I have a couple of nice ceramic cards. They are sweet!

I'm 100% for card companies taking chances and thinking outside the box. That's why the 90's were so cool in my humble opinion. Foil. Acetate. Metal. Film. Wood. Faux leather. Silk. Oil & water. All of these materials were used during the decade. Good times.

I have that same Encarnacion card. I also have a ceramic Nolan Ryan card.