This better be good, Series 2 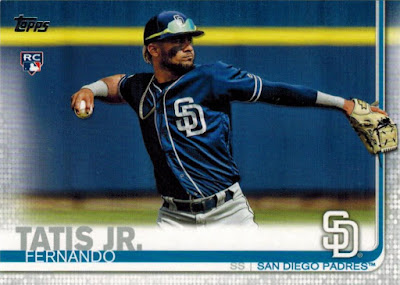 My wild goose chase for this year's Series 2 is a good example of why collecting baseball cards is sometimes more of an addiction than anything.

Here's a few reasons why I say that. 1) Series 2 isn't even that exciting. 2) I told myself I wanted a quiet day around the house today. 3) I can probably get most of what I need from these extremely cheap at the card show I'm hoping to attend in a few weeks. The symptoms of addiction are all there. And yet since Series 2 was released last Wednesday, I've been to no less than four Targets and two Walmarts (some multiple times) in search of them.

The fruits of my insane labor finally paid off this afternoon when I found a fresh stock at a semi-local Walmart I didn't even know existed -- a place I've never been to before and don't plan on ever seeing again. 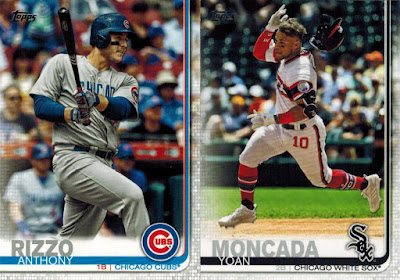 In the eye of the storm, it's a bit difficult to objectively discuss what my mind's been like since Wednesday, why I chose to nearly get into multiple car accidents driving through the parking lots of places like Target and Walmart, or nearly getting slammed by multiple shopping carts once inside their aisles.

I chalk it up to emotional buildup. The Target across the street from my house is usually good about putting new card stock out, but when I kept coming up empty there all week, and also struck out at another Target and a Walmart and another Target (and on and on...), I guess some kind of fire caught beneath me in frustration. It was about more than just the cards. My retail tour came more out of determination than joy. 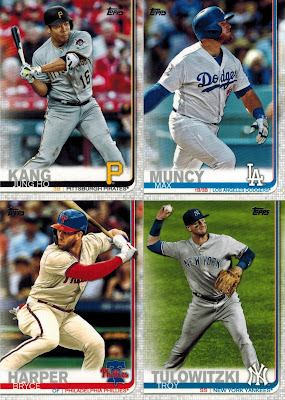 In the aftermath, all that matters is that I have some Series 2 now, and I won't be needing to wade through so many empty card displays at the local (and evidently backlogged) retail outlets.

Don't read too much into my search: Series 2 isn't the greatest set ever or anything. But I also don't wanna make it seem like it was all for naught, or that I'm disappointed. On the contrary: Series 2 was a fun break -- I bought a blaster and a hanger box -- and actually seems a bit more cozy than past (and often dull) Series 2s. (Though that may just be an after-effect of my goose chase.)

Series 2 has the usual dudes in new (albeit photoshopped) duds, but there's also a few notables who haven't switched jerseys -- like Max Muncy, who was mysteriously absent from almost every Topps release until recently, and Jung Ho Kang, who's back in the bigs after visa issues the past couple years. 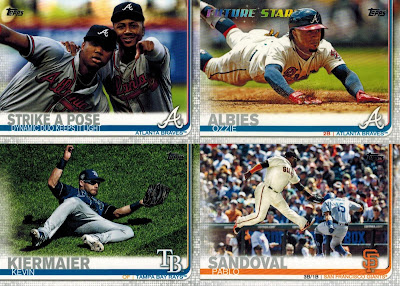 Like every Flagship release, it's always a treat to witness the new crop of photographic prizes, the ones that make sifting through the reams of boring pitching/hitting shots worth it. 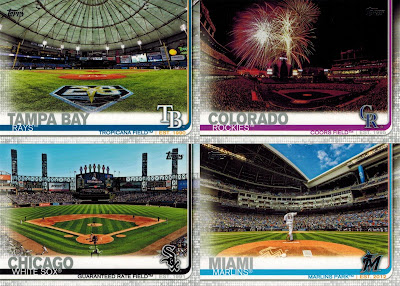 These ballpark cards remain a hit, some even managing to spruce up stadiums I normally consider to be eyesores (see: pretty much any Florida sporting venue). 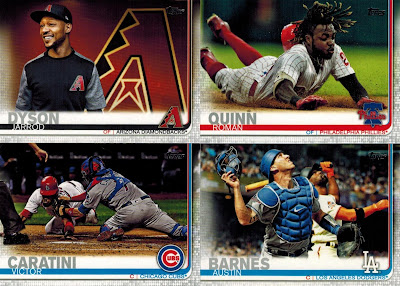 Most people seem to be opening Series 2 for the rookies -- from most of the pub you'd think there were three guys in this set and no one else.

Me, I'm probably most excited for Series 2 for all the new high-numbered frankenset contenders -- which have a tendency to be quite scarce since most sets don't go past 300-400 cards. 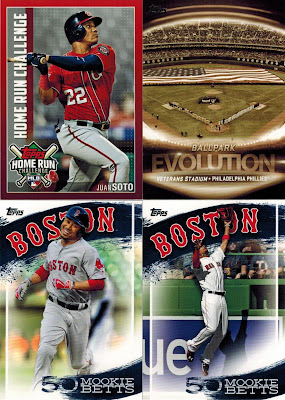 Some inserts I'm mostly indifferent about (thank christ I didn't get a Gary Vee card).

Buying these cards at Walmart meant I got a handful of exclusive Mookie Betts inserts -- I suppose they're nice enough, but do we really need more Mookie Betts cards at this point? 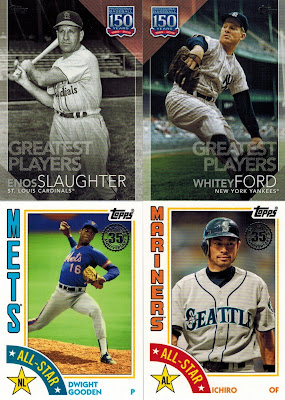 Let's change the channel to some inserts I actually like -- I'm still woefully behind on accumulating the 150 Years inserts I need from Series 1, but it's nice to get a head start on Series 2 here. 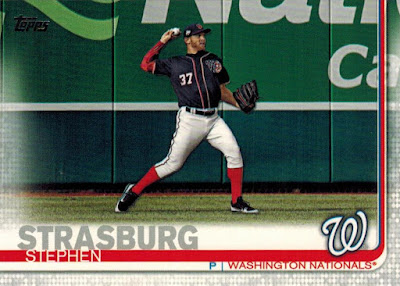 And hey, at the end of it all, I even pulled a photo SP of a guy I collect -- thankfully it wasn't one of the two photo SPs I already purchased on the secondary market in my Series 2 anxiety.

Starting tomorrow, I'll probably look back at my Series 2 experience (the four Targets! the two Walmarts!) and wonder what the hell was wrong with me -- although I'm betting some of you are probably thinking that already.
Posted by Nick at 6:03 PM

Ahhhh... my wife used to think I had an addiction, but then I told her I could be doing something much more shady with my money than buying baseball cards. In short, I think you're doing just fine!
The Sandoval and Caratini cards have great action shots! Very nice.

Love that Roman Quinn card. Saw him in the minors, he's a fast dude, too bad he's had such trouble staying healthy.

So.... See any Topps Stickers while you were running around? :-)

We're right there with you dude. I drove 3½ hours to visit my friend and go fishing on his boat over the weekend, but I stopped along the way at a Wally and bought a hanger of S2, three Big League blasters and one hockey. It took me 10-15 minutes for the whole transaction, and then it took me that long to find my way out of the dang parking lot and back on the road in the right direction. Weirdest parking lot I've ever been in. You go in at the front, but have to go all the way to the far back corner to get out. And I didn't pull anything spectacular either...

I feel you sometimes about wanting to get the new cards and not being able to find them. Sometimes it makes you do crazy things. Glad you were able to get your hands on some. I probably won’t get them, and hope my wife notices them and gets me a few packs, and if not, I’m sure I’ll have some fall into my hands with Trading and card shows. I do definitely want to get the card of Tropicana Field. You can say what you want about Florida ballparks, but come to St. Pete and catch a game. The dome is kind of necessary due to unpredictable afternoon rain, and after going to probably 50+games there, it feels like home to me, and stadiums that aren’t domes feel kind of foreign to me. I would take the Trop over Comiskey Park, Turner Field, Shea Stadium, and perhaps even Kauffman Stadium out of the parks I have visited (Fenway, Miller Park, Houston, and Comerica Park being the others).

I was in Target the other day and saw a whole case-worth of Bowman Mega Boxes on the shelves. I impulsively wanted to buy a box but then I thought "hmm, $20 for roughly 50 cards when that same money could fetch me many many burritos?" and didn't buy any. Though I proceeded to buy $20 worth of singles on eBay that night.

Love all the 150 Years inserts!

I kinda think I have an addiction to collecting cards. It's not as bad as much craving for coffee... but I do get withdrawals after not buying anything for more than a week or two.

I like this format for the Asian guys...they actually have Kang Jung Ho’s name in correct order! (Surnames come first in Chinese and Korean.)

I wasn't aware of the Mookie Betts insert set. I may have to look into those...

People wonder why I collect cards, but where else are you going to see a flying panda?

I've yet to get any Series 2. When into my local Target a couple days after it was supposed to be released they didn't have it yet. I have yet to go back, but seeing some of the great photographs on these cards has me itching to buy some.

I am of the opinion that yes, yes we do need more Mookie Betts cards.