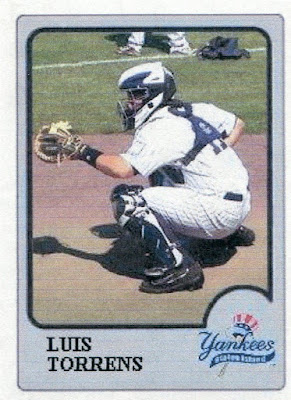 Most of you probably know what I'm about to show from just this card alone: yes, I'm about to reveal a trade roundup from the Luis Torrens supercollector himself, Zippy Zappy of "Torren' Up Cards" fame.

From the looks of it, ZZ printed up his own customs of Mr. Torrens and was gracious enough to send one my way. Since I don't keep much up with the prospecting game, it's my first card of the newest San Diego Padre catcher.

The term "prospecting" carries a negative label in the hobby: it's often code for people-just-hoping-to-make-a-quick-buck. ZZ, however, prospects in the true sense of the word. If you've read his blog at all, you know he's a minor league nut, and I can't even imagine how happy he must've been when Torrens got the call to the show.

While it's never been my thing, there is a relatable joy to be had in prospecting. 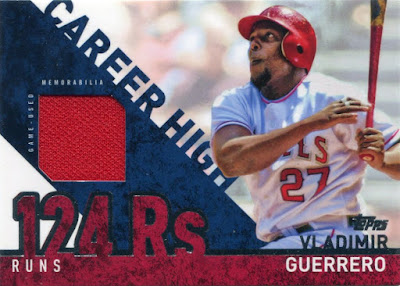 Even with his minor league fandom, ZZ does appear to have some big-league cards in tow.

Along with the awesome Torrens custom, a trade package he sent me a while back resulted in this Vlad jersey card, which I'm pleased to see features a red swatch instead of the plain gray and white shades we've seen thousands of times by now. 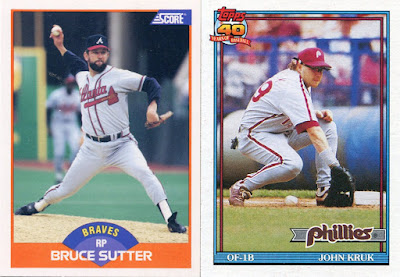 ZZ included exactly two overproduction era cards in this mailing, and I needed both of them: what are the odds of that?

I can't believe I didn't own either of these already, and I'm especially puzzled at how the Sutter -- one of his sunset cards -- managed to slip by me all these years. 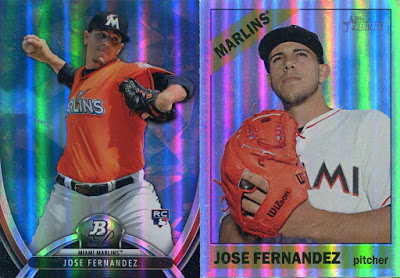 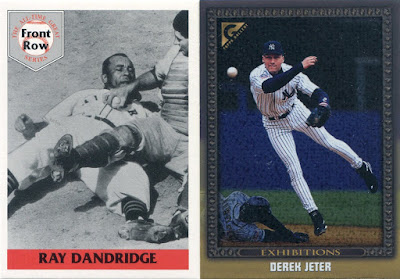 Jeters will cost you an arm and a leg at most shows, and the Dandridge is a rare play at the plate from the days of black-and-white photography. 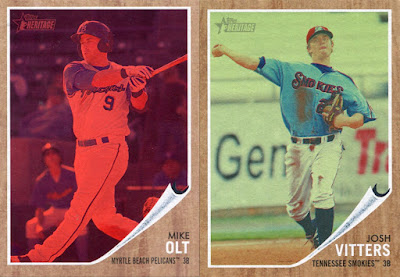 A second mailer I received from ZZ relatively recently showed remnants of his prospecting past.

Above are a pair of red and green tint Heritage Minor League parallels of a couple one-time Cubs prospects who never panned out. Mike Olt -- whom the Cubs acquired from the Rangers in the Matt Garza deal -- is currently bridging the Mendoza Line in Double-A with the Red Sox. Josh Vitters appears to be out of baseball altogether after playing in independent ball last year.

Despite their lack of success, I still collect both Olt and Vitters, and these are my first tinted Heritage parallels of any kind. 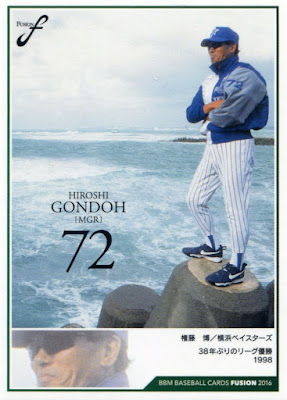 But those weren't the real story of ZZ's most recent mailing.

In addition to his minor league fandom, ZZ is also one of the premier Japanese baseball enthusiasts in the blogosphere, and he's let that be known in the trade packages he's sent out. I don't own many cards from the East, but ZZ's sent me at least half of the ones I currently have and pretty much doubled my then-current total with this batch.

First and foremost, here's what might well be the Greatest Manager Card Ever Made, and I don't think I have to say any more than that. 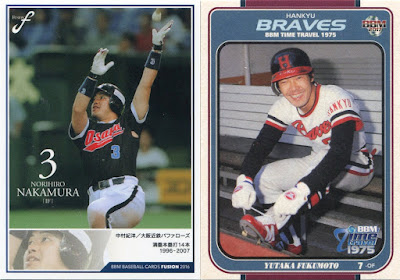 Bat flips and retro-style sets from the NPB. 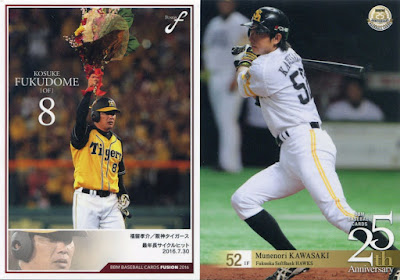 Munenori Kawasaki is a legend (and was a perennial .300 hitter in Japan), and I honestly had no idea Kosuke Fukudome was still playing in Japan after returning from his disappointing time in America, but there he is holding a bouquet of flowers on his 2016 BBM baseball card.

And in a nice moment of serendipity, today just so happens to be his 40th birthday. 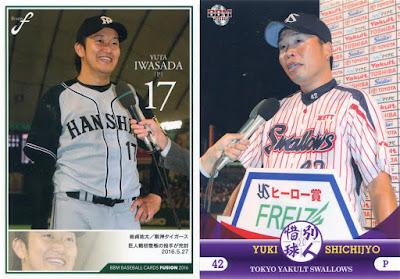 It's an exciting day here in Dime Boxedonia, as these are first mini-collection hits of the Japanese variety. 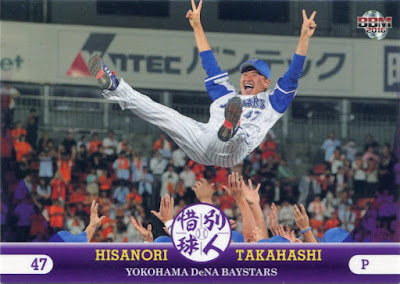 And if there were cards of American players being thrown into the air by their teammates, you can bet I'd start a mini-collection of that, too.

But cards like this one just don't exist in the States, and that's a darn shame. Like Fukudome, Hisanori Takahashi also returned to Japan to pitch following a handful of years in the US and had a ball of it, from what I can tell.

Prospects, mini-collection hits, Japanese cards: you can't get much more of a variety out of trade packages.

This was truly a Zapping for the whole world to see.
Posted by Nick at 6:14 PM

Great Japanese cards! Wish Kosuke had been consistent with the Cubs.

Glad you enjoyed the cards. Next time I'll try and add more PC hits (like bunting and throwback unis) if I can find any.

It's been said that every bettor needs to look at this,

Watch this or stop placing bets on sports...